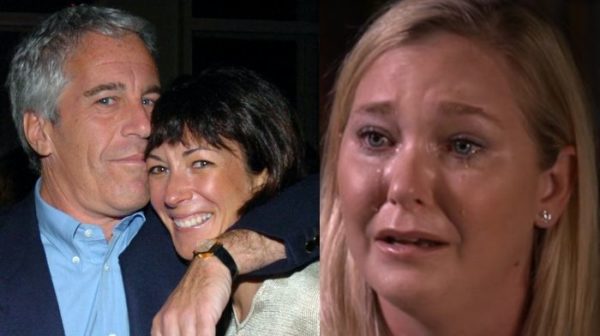 Victims of the late billionaire pedophile Jeffrey Epstein are celebrating today after the FBI arrested Ghislaine Maxwell, his alleged madam.

“For years, I feared Epstein and his ring. Maxwell was the center of that sex trafficking ring. Now that the ring has been taken down, I know that I can’t be hurt anymore,” said Jennifer Araoz, one of the women who Epstein allegedly abused.

The New York Post reported [1] that Araoz is suing both Epstein’s estate and Maxwell, claiming that the billionaire raped her during a massage at his townhouse when she was 15. “Day after day, I have waited for the news that Maxwell would be arrested and held accountable for her actions,” said Araoz, who added that she’s never met Maxwell. “Her arrest is a step in that direction, and it truly means that the justice system didn’t forget about us.”

The FBI arrested Maxwell, 58, on Thursday at her home in New Hampshire, hitting her with a six-count Manhattan federal indictment that charges her with grooming young girls for sex. Attorney Brad Edwards, who represents various victims of Epstein’s, said that they are overjoyed about the socialite’s arrest. “I cannot overstate the excitement of my clients that this day has come nor their confidence in and appreciation for the SDNY [Southern District of New York] United States Attorney’s Office,” said Edwards. “But they know there is a big difference between an arrest and a conviction.”

Sigrid McCawley, the attorney representing Epstein victim Virginia Roberts, celebrated the arrest by describing Maxwell as a “sexual predator who not only engaged in sexual abuse herself but also assisted Jeffrey Epstein for decades in running his sexual trafficking scheme.”

“Today is also a powerful message to all Epstein accomplices that justice will prevail,” the lawyer continued.

Lisa Bloom, a lawyer whose firm is representing six of Epstein’s victims, celebrated the arrest while also saying it was not enough. “Maxwell’s brutal, ruthless behavior caused my client tremendous pain,” Bloom said in a statement. “All others accused of enabling Jeffrey Epstein’s predations must immediately be brought to justice as well.”

Maxwell and Epstein dated briefly in the 1990s but remained friends afterwards, and she has long been accused of grooming underage girls for sex with him. Epstein committed suicide last year while in prison awaiting trial on sex trafficking charges.