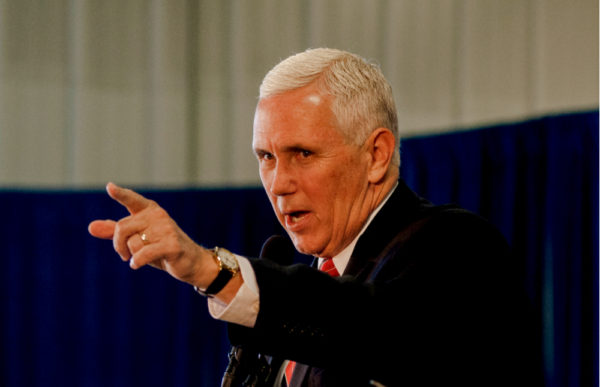 Vice President Mike Pence said, while he wants to improve the lives of black Americans, he cannot support the Black Lives Matter (BLM) group. Pence is not alone. In poll after poll, though Americans are kindly disposed to ideals of fair and equitable race relations, majorities of all races reject the violent Marxist racism of BLM.

During an interview with One America News Network on Sunday, Pence said the BLM movement is advancing the political agenda of the radical Left, far past even where some Democrats want to go. After meeting with leaders within black communities for multiple weeks, the vice president does not believe BLM reflects the desires and needs of most people there. In this nation, though politically right now aligned with the Democrats, the president is doubling and tripling his support in the black community. This may be because black voters are strongly socially conservative and reject BLM and their far-left social nostrums.

“As a pro-life American, I also believe that all lives matter, born and unborn. What I see in the leaders of the Black Lives Matter movement is a political agenda of the radical Left that would defund the police, that would tear down monuments…” – VP @Mike_Pence [1] pic.twitter.com/s0qogFXNYz [2]

Instead, Pence reiterated his belief that “all lives matter,” and that includes the lives of the unborn: “What I see in the leaders of the Black Lives Matter movement is a political agenda, the radical left that would defund the police, that would tear down monuments…and support calls for the kind of violence that has beset the very communities that they say they are advocating for.” As for the abortion question, not only was early abortion advocate Margaret Sanger a racist, but she specifically targeted the black community for sterilization and experiments in eugenics. Sanger founded Planned Parenthood.

To buttress the vice president’s point on the ideological basis of the group, it has been revealed that BLM co-founder Opal Tometi is closely connected to the Maduro socialist dictatorship in Venezuela. A picture of Tometi hugging the Venezuelan dictator surfaced last Thursday.

The photo was taken in Harlem at the 2015 People of African Descent Leadership Summit. At the time, Maduro was in New York for the United Nations General Assembly. He, as was his predecessor Marxist dictator Hugo Chavez, are sworn enemies of the United States.

At the event, Tometi thanked Maduro and his government for hosting her. During her speech, she condemned the “western economic policies, land grabs and neocolonial financial instruments like the World Bank and the International Monetary Fund.” She said this though Venezuela has taken much funding from just those organizations. That same year, when Tometi was in the authoritarian socialist South American country, she tweeted:

Currently in Venezuela. Such a relief to be in a place where there is intelligent political discourse.

Yes, a veritable Marxist Police State paradise. But police brutality, one of the concepts Black Lives Matter supposedly stands against, has skyrocketed in Venezuela in the years since Maduro took power in 2013. In 2018 alone, Breitbart News reported close to 1,500 minors were killed at the hands of the Marxist state police and secret police. Venezuelan police under Maduro are reported to have imprisoned and murdered thousands of protesters and political opponents. Apparently “defund the police” is only a BLM slogan in the United States.