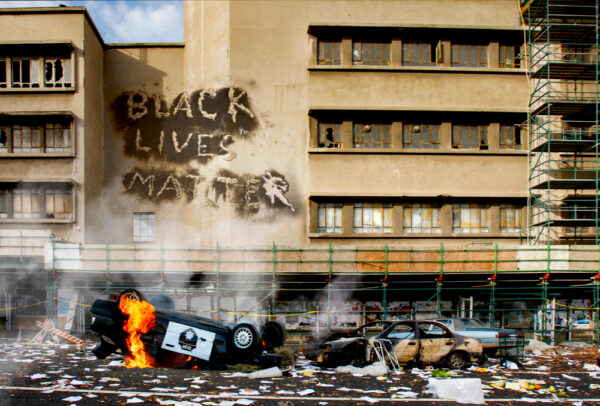 Just weeks ago LifeZette writer Adrianna San Marco was insulted, threatened, and generally vilified by hard leftists for spelling out the facts on the myth of systemic racism. She made her case in a LifeZette article [1].

Now the data she referenced is getting the attention it deserves.

Because of the murder over the weekend in Atlanta of an innocent 8-year-old girl by Black Lives Matter (BLM) gunmen, it is now finally open season on BLM and the ridiculous theories, like systemic racism, that prop up its guttersnipe agenda.

But remember, San Marco and LifeZette got there first.

“The political agenda of BLM results in blacks being killed,” said journalist Andy Ngo on Sunday, who covers Antifa and BLM. Ngo said BLM explicitly advocates for the destruction of the “nuclear family structure,” which President Donald Trump has called the “bedrock of American life.”

The political agenda of BLM results in blacks being killed. https://t.co/gEP25LsbSv [2]

Added pundit Matt Walsh on Sunday: “Police shot 9 unarmed Black people all of last year. 25 people were shot just in Atlanta. Yesterday. And not by police. BLM says the first thing is a crisis worthy of rioting but the second is not.”

And that was during the Obama administration.

Now, more leading commentators are asserting that the very concept of systemic racism is highly problematic, if not completely false.

“In 2018, the latest year for which such data have been published, African-Americans made up 53% of known homicide offenders in the U.S. and commit about 60% of robberies, though they are 13% of the population,” Heather Mac Donald of the Manhattan Institute recently wrote in The Wall Street Journal.

Spot on article in the Wall Street Journal by Heather MacDonald !! Must read by those who put more faith in facts over feelings. https://t.co/XPrmoTQVvj [4]

“In 2018 there were 7,407 black homicide victims,” Mac Donald wrote in the Journal. “Assuming a comparable number of victims last year, those nine unarmed black victims of police shootings represent 0.1% of all African-Americans killed in 2019.

Mac Donald concluded her data analysis with: “A 2015 Justice Department analysis of the Philadelphia Police Department found that white police officers were less likely than black or Hispanic officers to shoot unarmed black suspects. Research by Harvard economist Roland G. Fryer Jr. also found no evidence of racial discrimination in shootings. Any evidence to the contrary fails to take into account crime rates and civilian behavior before and during interactions with police. The false narrative of systemic police bias resulted in targeted killings of officers during the Obama presidency,” Mac Donald concluded.

The wind is shifting and not to the benefit of BLM, its Democrat supporters, or their noxious racist visions. That is good news for all people everywhere.