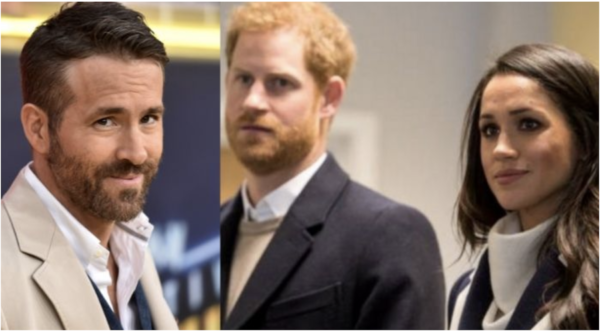 Hollywood star Ryan Reynolds has been earning himself many new fans over the past few weeks ever since he started working as the mysterious voice behind the Adam Scott-hosted game show, “Don’t.”

Fox News reported [1] that Reynolds took things a step further on Thursday’s episode when Scott asked a question about Prince Harry and Meghan Markle that is a bit dated, to put it mildly.

“Meghan Markle went from ‘Suits’ to crowns after she married into the royal family,” Scott began. “Before she resigned, what was her official title?”

Scott then provided the contestants with four multiple-choice answers: “Was it A. Countess of Cambridge, B. Duchess of Wessex, C. Duchess of Cornwall, or D. Duchess of Sussex?”

Seeing the opportunity to inject some humor into the situation, Reynolds came through in a voiceover to say, “Or E. We taped this show seven months ago.”

The contestants, who happened to be four sisters, ended up answering the question incorrectly when they guessed the Duchess of Cornwall. Fans of the royal family will know that this title actually belongs to Camilla, who is Prince Charles’ wife, while Markle is the Duchess of Sussex.

Back in January, Harry and Meghan announced that they would be stepping down as senior members of the British royal family “after many months of reflection and internal discussions.”

“We have chosen to make a transition this year in starting to carve out a progressive new role within this institution,” they wrote on Instagram at the time. “We intend to step back as ‘senior’ members of the Royal Family and work to become financially independent, while continuing to fully support Her Majesty The Queen. It is with your encouragement, particularly over the last few years, that we feel prepared to make this adjustment.

“We now plan to balance our time between the United Kingdom and North America, continuing to honor our duty to The Queen, the Commonwealth, and our patronages,” Harry and Meghan added. “This geographic balance will enable us to raise our son with an appreciation for the royal tradition into which he was born, while also providing our family with the space to focus on the next chapter, including the launch of our new charitable entity.”