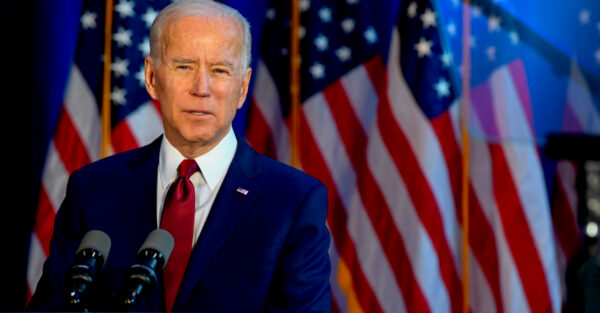 I remember, as we neared primary season for the Democrat party, thinking I hope Joe Biden is the Democrats’ nominee, because at least he is the most moderate of the bunch should they pull off an upset. And I believed that to be true at the time.

Bernie Sanders was obviously too extreme in his views, Elizabeth Warren wasn’t far behind and the others never really stood a chance.

As a side note, I do still find it perplexing that the DNC ostracized veteran candidate in Tulsi Gabbard, who could have offered the party something less extreme, while checking the female and veteran boxes.

But returning to Biden, those once valid thoughts of being the lesser of multiple evils have dissipated as rapidly as his cognitive ability.  In fact, I am not sure what concerns me more now, his clearly deteriorating health, or how he continues to acquiesce to the far left faction of the party. Neither are encouraging, and they actually cause the biggest concern when placed together.

Biden has continually caved to the likes of Alexandria Ocasio-Cortez and other self-declared socialists who want nothing more than to radically transform this country into a third-world shithole in the name of equality.

In fact, he has now stated the AOC and Elizabeth Warren would play a big part in his administration and we are still awaiting who the DNC wants to be his VP pick, because don’t think for a second that he has much of a say.

And were he to win, and when his health does fail, which seems inevitable, we will be left with a progressive administration that wants to take our country into dangerous territory.

Now, I am not wishing illness on Joe at all.  I think he should sunset his career and enjoy retirement, but you get the point. He has either undergone radical changes, or is being used by radicals in his party who are more than happy to take advantage of his weakened state. Neither outcome is good.

Adding to concern was the former vice president’s tweet Sunday night which stated “We’re going to beat Donald Trump. And when we do, we won’t just rebuild this nation – we’ll transform it.”

We're going to beat Donald Trump. And when we do, we won't just rebuild this nation — we'll transform it.

There has been widespread speculation on what the vague statement means, but it is certainly cause for concern as the new Democrat party pushes for transformation in a country that at least half of the population vehemently opposes. It also could be further proof that gone is the moderate candidate Joe Biden, and left is a socialist puppet who will do anything to get into the Oval Office, which the Democrats will allow as long as he doesn’t get in their way.

This piece was written by Drew Berquist on July 6, 2020. It originally appeared in DrewBerquist.com [2] and is used by permission.

Read more at DrewBerquist.com:
On America’s proudest day #FVCKTHEFOURTH is trending on Twitter [3]