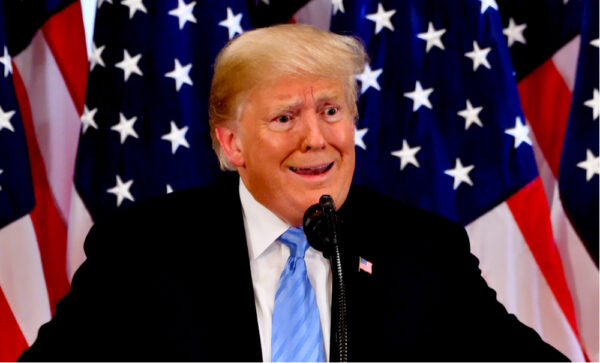 Governor Walz had requested that the feds declare Minnesota a “major disaster” zone in a letter to the Federal Emergency Management Agency (FEMA), stating events amounted to the second most destructive incident of civil unrest in American history. The Los Angeles riots of 1992 being the most destructive.

Over 1,500 buildings were damaged by rioters in the wake of Floyd’s death, causing well over $500 million in damages, Walz indicated.

“The Governor is disappointed that the federal government declined his request for financial support,” a statement from Walz’s office reads. “As we navigate one of the most difficult periods in our state’s history, we look for support from our federal government to help us through.”

Great news! @realDonaldTrump [1] has DENIED Minnesota’s disaster request to repair half a billion dollars in damage from the riots. Governors and Mayors who ordered police to stand down and watch their cities burn shouldn’t get a penny in taxpayer aid! https://t.co/8WAgm7AFa7 [2]

Walz’s statement about looking to the federal government for support didn’t go unnoticed by observers who watched as he refused military help offered by the president.

“We could have troops on the ground very quickly if they ever want our military,” Trump said back in May. “They [states] have to get tougher.”

The Twin Cities Pioneer Press reported [4] that “top law enforcement leaders” testified to the Senate that “earlier deployment of National Guard members to assist in the response to protests, arson fires and looting in Minneapolis and St. Paul could’ve mitigated the damage that resulted in May.”

Republican Rep. Tom Emmer (MN) urged the president to reject the aid request, according to the Washington Examiner [5].

“If the federal government is expected to assist in the clean-up of these unfortunate weeks, it has an obligation to every American — prior to the release of funding — to fully understand the events which allowed for this level of destruction to occur and ensure it never happens again,” he wrote in a letter to the President.

Others celebrated the Trump administration’s move to reject the bailout emergency funds, noting that Minnesota’s lawmakers were initially okay with the lawlessness as they sat back and watched their cities burn.

“The president offered the National Guard but the pathetic governor waited and waited,” conservative radio host Mark Levin tweeted [10]. “And now the Minneapolis city council votes to abolish its police department. Pay for your own man-made hell. So much for utopia.”

Wise. You want to defund police and let the woke mob run wild, do it on your own dime, Gov. You should have asked the President for help BEFORE you incurred this much damage.https://t.co/5hSnFknF6p [11]

South Carolina Representative Jeff Duncan, citing the rejection as “great news,” said, “Governors and Mayors who ordered police to stand down and watch their cities burn shouldn’t get a penny in taxpayer aid!”

Sorry, Democrats, you can’t allow people to destroy your city or state by refusing to implement law and order only to later ask the American taxpayer to fix the mess you created.