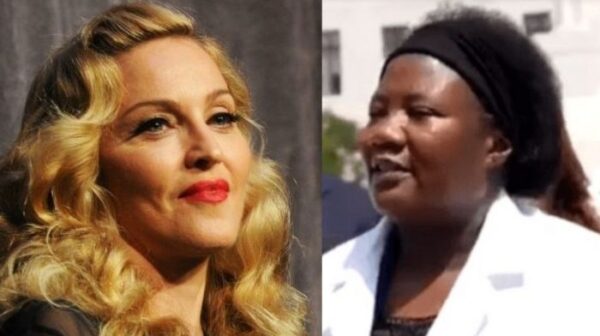 The pop singer Madonna just got censored by Instagram for posting a video from the America’s Frontline Doctors press conference this week in which physicians praised the use of the drug hydroxychloroquine in treating coronavirus, something President Donald Trump has been touting all along.

In her caption of the video, Madonna praised Dr. Stella Immanuel, the Houston physician who says she’s treated over 350 COVID-19 patients with hydroxychloroquine.

“The truth will set us all free,” Madonna wrote in the post that has since been deleted. “But some people don’t want to hear the truth. Especially the people in power who stand to make money from this long drawn out search for a vaccine. Which has been proven and available for months. They would rather let fear control them and let the rich get richer and the poor and sick get sicker.”

“This woman is my hero,” she concluded, referring to Dr. Immanuel.

It didn’t take long for Instagram’s tech censors to blur the video out before also labelling it as “False Information.” The social media site eventually removed the post completely, saying that it was being reviewed by “independent fact checkers.”

A spokesperson for Instagram later told The Guardian [5] that Madonna’s post was deleted from the site “for making false claims about cures and prevention methods for Covid-19.”

Madonna’s post drew backlash from liberals like singer Annie Lennox, who commented, “This is utter madness!!! I can’t believe that you are endorsing this dangerous quackery. Hopefully your site has been hacked and you’re just about to explain it.”

This comes after Donald Trump Jr. was banned from Twitter for 12 hours for posting this same video. Afterward, he slammed social media companies for “trying to make you think the way that they do.”

“It’s sort of interesting that they would censor me for literally just saying, ‘Here are a bunch of doctors just saying something,’” Trump Jr. said [6] thoughtfully.

Nevertheless, President Donald Trump has stood by the doctors.

“Many doctors think it’s extremely good and some people don’t,” Trump said [7] of hydroxychloroquine on Tuesday. “Some people, I think, it’s become very political. I happen to believe in it.”