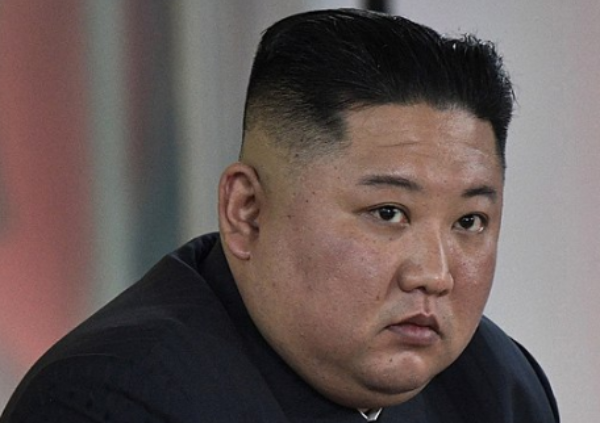 It has just been revealed that North Korean dictator Kim Jong Un was so enraged over “dirty, insulting” depictions of his wife in an anti-Pyongyang leaflet campaign that was launched by defectors in South Korea that he blew up a liaison office and threatened to take military action.

The New York Post reported [1] that ever since the Korean War, these leaflets have been sent over the highly militarized border to North Korea in balloons. On May 31, a series of pamphlets were sent over the border that included provocative imagery of first lady Ri Sol Ju, which caused “serious outrage” in Pyongyang. “The leaflets bore a special kind of dirty, insulting propaganda, aimed at the leader’s spouse,” Russian Ambassador to North Korea Alexander Matsegora told Agence France-Presse. [2]

Matsegora added that they were photoshopped “in such a low-grade way” and served as “the last straw” for the North. North Korea fired back on June 16 by blowing up the liaison office in Kaesong, which is just north of the border.

At the time, Kim’s sister Kim Yo Jong also issued a terrifying threat to the South. “By exercising my power authorized by the supreme leader, our party and the state, I gave an instruction to the arms of the department in charge of the affairs with enemy to decisively carry out the next action,” she said. “If I drop a hint of our next plan the [South Korean] authorities are anxious about, the right to taking the next action against the enemy will be entrusted to the General Staff of our army. Our army, too, will determine something for cooling down our people’s resentment and surely carry out it, I believe.”

Rumors have swirled that Kim Yo Jong may be the second in command behind her brother in North Korea, but Matsegora said that this is not true. He explained that despite her “serious political and foreign policy experience,” Kim Yo Jong is “rather young.”

“There is absolutely no reason to say that she is being trained” to take the helm, he added. “No one dares to call themselves number two in the country. I think that if you asked comrade Kim Yo Jong whether she was number two, she would answer with a strong ‘no.'”