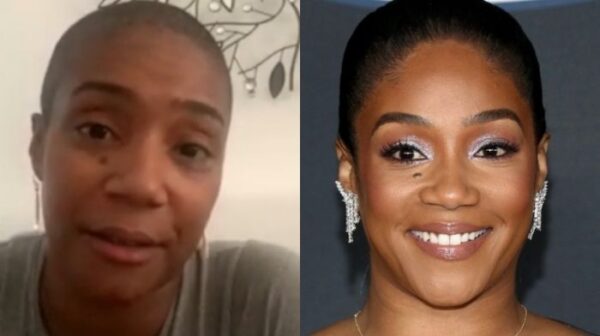 Hollywood star and comedian Tiffany Haddish just claimed that she is too afraid to have children because “they’re gonna be hunted or killed” due to racism in the United States.

“I’m a little older now, and people are always asking me when I’m gonna have some babies,” the 40-year-old “Girls Trip” star said while appearing on Carmelo Anthony’s YouTube series “What’s in Your Glass.”

“There’s a part of me that would like to do that, and I always make up these excuses, like, ‘Oh, I need a million dollars in the bank before I do that, I need this, I need that,’ but really, it’s that I would hate to give birth to someone that looks like me and then knowing that they’re gonna be hunted or killed,” Haddish added. “Like, why would I put someone through that?”

“I am not a fearful person, but, like, I have watched many of my friends — not many, but more than two — of my friends growing up be killed by police officers, and it makes you feel like, ‘Dang, as a black person, we’re being hunted,’” she continued. “And I’ve always felt like that. We’re hunted, and we’re slaughtered. And it’s like they get this license to kill us, and that’s not okay.”

When asked where she thinks the black community will be in five years, Haddish responded, “I think we’ll be a big step forward in dismantling systemic racism, and hopefully happier.”

“I think things are going to turn out pretty good…there might be a war to pop off soon, but after that it’s going to be great,” she said.

Racial tensions have been at an all-time high in the United States ever since the death of George Floyd, who was killed in police custody in Minneapolis, Minnesota back in May. To say that you’re too afraid to have a black child because they might be “hunted” by American police officers, however, is beyond overdramatic, even for a member of the liberal Hollywood elite.