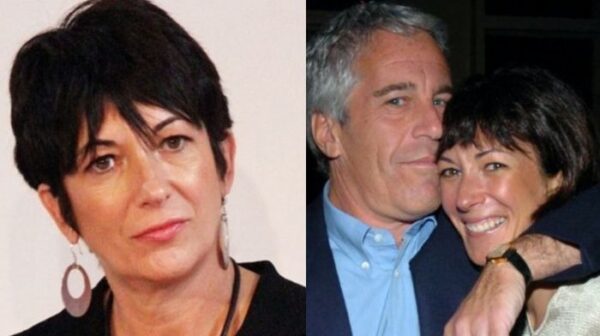 Back in 1991, the late billionaire pedophile Jeffrey Epstein put Ghislaine Maxwell in charge of his homes around the world. As soon as Maxwell was put in charge, she reportedly started forcing his staffers to follow a bizarre set of rules that included not looking “the master” Epstein in the eye.

This was revealed in the book “Relentless Pursuit: My Fight for the Victims of Jeffrey Epstein [1],” which was written by lawyer Bradley Edwards. Oddly enough, Maxwell reportedly had the book on her bedside table when she was arrested by the FBI last week.

“It’s hard to tell exactly why she wanted to know what it was that I knew about her in the book,” said Edwards, a 44-year-old lawyer from Florida who has represented 56 alleged Epstein victims for more than a decade.

The New York Post reported [2] that one of the revelations in Edwards’ book was Maxwell’s rule that “the staff never look the master, Jeffrey Epstein, in the eye.” Staffers also had to linger in the background, and could not speak unless they were spoken to.

“Ghislaine was deeply controlling and did things Juan did not appreciate,” Edwards explained, referring to Epstein’s butler Juan Alessi.

The things that Maxwell had Alessi do included driving her around Palm Beach on her missions to recruit young masseuses, which court documents say she began doing back in 1994. Edwards thinks this was the beginning of a global sex-trafficking scheme that entrapped more than 500 women, some as young as 14.

When Maxwell was put in charge of Epstein’s homes, she replaced Eva Andersson (a former Miss Sweden now married to hedge fund billionaire Glenn Dubin) as Epstein’s live-in girlfriend, according to Edwards.

“Alessi liked Eva because she was well-mannered, considerate and respectful of household staff,” Edwards wrote. “When Eva was in charge, Alessi said, there weren’t other females, including young girls, around the house.”

However, as soon as Maxwell took over, he said “there were female visitors there who were referred to as ‘masseuses’ but who did not look professional and appeared too young.”

Edwards said that he was shocked when Maxwell was arrested, as he had no idea she was about to be charged.

“I was just fascinated that she had my book,” he said. “Certainly, if Jeffrey Epstein was around he would read the book.”