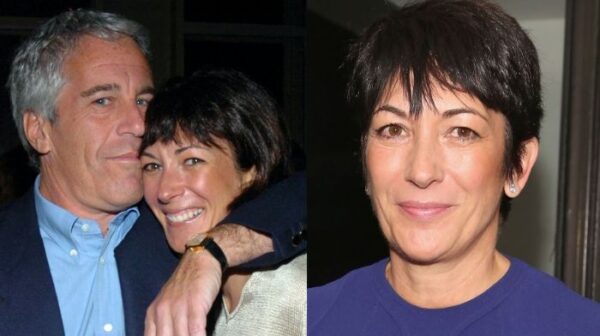 Some very powerful people are undoubtedly in full panic mode right now after a former friend of Ghislaine Maxwell, the alleged former madam of Jeffrey Epstein, claimed that the British socialite “has tapes of two prominent US politicians having sex with minors.”

This comes days after Maxwell was arrested by the FBI on charges related to her allegedly grooming three young girls, one as young as 14, to be sexually abused by Epstein.

“Ghislaine was more into showing me those than Jeff,” he explained. “When you’re in a situation like that, you have to pretend to be non- judgmental. But it was shocking.”

He added that there are two “high-profile” American politicians who were in videos with minors.

“I saw videos and photos of people having sex with various young girls and with Jeff,” Steel said. “There was footage of two very high-profile society figures and an under-age girl together. Two high-profile American politicians were also in different videos with minors.”

“They showed me black-and-white footage of a woman they told me was internationally known, a well-known rock star and another man having sex,” he continued. “It looked like it was taken in the 1960s and without their knowledge. They wanted to impress me and intimidate me. They were so powerful because of who they knew worldwide.”

Steel went on to say that while Maxwell was loyal to Epstein, she knew that he would be her undoing someday.

“She said to me that she often thought she needed to do something about Epstein, telling me, ‘He is going to be the death of me,'” he said. “So while she protected him and helped him, she was simultaneously plotting against him and trying to distance herself. She knew they could drag each other down. I think she saw herself as the more respectable of the two. She wanted me to do something about Jeff.”