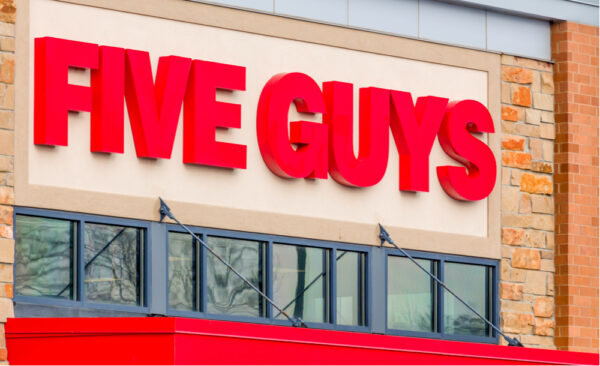 Some employees of a Five Guys restaurant in Alabama just got hit with a brutal dose of karma after they refused to serve police officers. Five Guys have mitigated all employees involved in the anti-police instance.

It all started last Tuesday, when three officers with the Daphne Police Department went to their local Five Guys restaurant. It was only when they got inside that they realized that the establishment had a mandatory mask rule, so they went back to their cruisers to grab some face masks, according to AL.com [1].

When they went to place their orders, however, the employees refused to serve them and instead turned their backs on them.

The Five Guys restaurant where this took place has since said that all of these workers were either fired or suspended.

“The store has temporarily closed for further education and customer service training with a representative from the Daphne Police Department,” the restaurant continued. “As we uphold our commitment to fair, respectful, and equal treatment for all customers, please know that the actions and sentiments of a few employees in Daphne, AL do not represent Five Guys or the local franchisee.”

The Five Guys corporate office also released a statement [3] about the situation:

“Five Guys and the franchisee are actively investigating the situation and are committed to getting to the bottom of it. However, no matter what the details are, we do not want these police officers, or any customer, to feel disrespected or slighted in anyway. We apologize to those officers and also want to make it clear that Five Guys and its franchisees are committed to fair, respectful, and equal treatment for all customers. We will continue to investigate the matter.”

The Daphne Police Department released a statement as well:

“The Daphne Police Department appreciates the outpouring of support from our community and from supporters of Law Enforcement across the country. We also want to thank Five Guys on a corporate and local level. We have been working through this situation and there has been total cooperation. The Daphne Police Department does not think that the actions of a few employees represents Five Guys as a whole.”

Anti-police sentiments have been at an all-time high in the U.S. in recent weeks in the wake of the death of George Floyd. This serves as a reminder that police officers need our support now more than ever, and that those who disrespect them deserve whatever punishments are meted out.