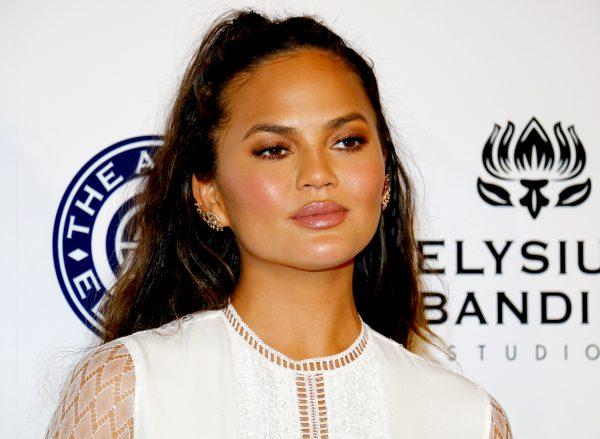 Former supermodel Chrissy Teigen is having an online breakdown right now over the accusations and rumors that she and her husband singer and Trump-hater John Legend flew on Jeffrey Epstein’s “Lolita Express” to his private island filled with underage girls.

Such rumors that Chrissy and her husband are on the flight manifest have been around for a while, though no evidence has ever surfaced. But now online users are calling her out after Ghislaine Maxwell was captured.

At first, Chrissy batted off the accusations in her usual snarky way, but then she began “protesting too much” and ended up fueling the rumors folks even more.

Chrissy Teigen has admitted that she’s ‘worried for her family’ after receiving vile attacks on Twitter from conspiracy theorists who have been bizarrely linking the model to convicted pedophile Jeffrey Epstein since last October.

For the past week, the 34-year-old mother-of-two has been publicly fighting off renewed Twitter trolling, including wild accusations that she once traveled on Epstein’s private plane and that she had been part of his ‘pedo ring.’

However, on Tuesday, Chrissy appeared to hit breaking point as she responded to a claim by podcast host Chrissie Mayr that she recently deleted her own incriminating tweets, revealing that she was now fearing for her family as a result of the attacks.

‘I actually deleted 60,000 tweets because I cannot f****ing STAND you idiots anymore and I’m worried for my family,’ Chrissy’s expletive-filled rant began. ‘Finding me talking about toddlers and tiaras in 2013 and thinking you’re some sort of f***ing operative.’

However it seems that the model has deleted a large portion of her Twitter history to stop trolls from trawling through her past tweets and attacking her.

Chrissy – who shares two children, Luna Simone, four, and Miles Theodore, two, with her husband John Legend, 41, – responded in outrage to further claims made on the social media site.

There’s something really odd going on here. All she has to do is ignore the comments. She’s making matters 1000X worse by engaging people, defending herself, and deleting tweets now.

I think Chrissy should take a break from social media… My guess is that will be coming soon.