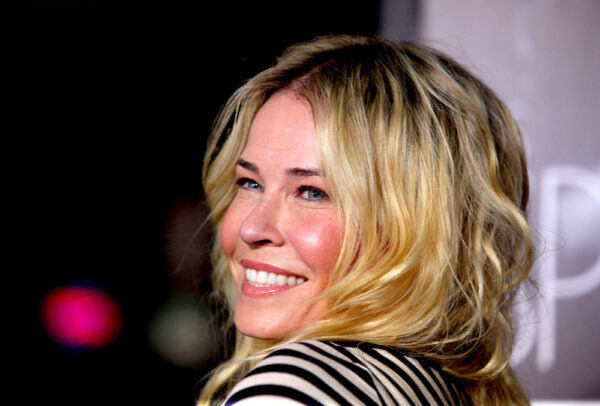 Comedian Chelsea Handler just launched into what can only be described as an unhinged attack on white people, saying that it’s “not enough” for them to say that they aren’t racist. Instead, she said all white people must work to “dismantle the system.”

While promoting her new book “Life Will Be the Death of Me: …And You Too!” on NPR, [1] Handler discussed the therapy that she felt that she had to get in order to deal with Donald Trump winning the 2016 presidential election.

She added that it was this experience in therapy that led to her making her Netflix special “Hello Privilege. It’s Me, Chelsea,” which delved into her “white privilege.”

Handler explained that “after therapy and kind of taking a look at myself and my surroundings and coming to the realization that my success has a lot to do with my skin color, I wanted to really do something that set an example about how to, you know, contribute because at this point, it’s not enough to just say you’re not racist.”

“You know, you have to be— we have to be working to dismantle the system because we are reaping the benefits in exchange for people losing benefits,” added the comedian, who as you can see is not very funny these days. Handler went on to recall when one of her friends grew “weepy” while talking about the book “White Fragility.”

Handler, however, was not having any of that show of emotions. “I was like, this is exactly what the problem is. And she was like, no, I’m just telling you. I go, don’t. No, you can’t talk to me about it either anymore. No more white people should be talking about how sad they are. Like, now we know we [expletive] up. Let’s fix the problem,” she said.

Handler also talked about the scandal that she found herself involved in last month, when she shared a video [2] of Nation of Islam leader Louis Farrakhan blaming white people for all of the racial tension in the world and saying that they should be laden with guilt.

Even though Farrakhan is a known anti-Semite and Handler herself is Jewish, she praised his message of one of “racial justice,” adding that the video “really describes how, actually, you know, black people don’t have a history of violence. We’ve been violent against black people, and we associate black people with violence. That’s what I took away from that. And I thought the message was paramount to the man. But I was wrong. The man is worse than the message.”

As you can see, Ms. Handler isn’t the brightest star in the skies of Hollywood.