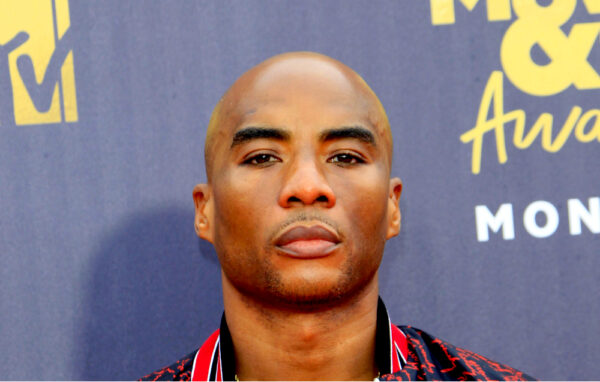 “We’ve had racists, and they’ve existed, they’ve tried to get elected president,” Biden said at a virtual campaign event. “He’s the first one that has.”

The nationally syndicated entertainer awarded [1] Biden with the “Donkey of the Day” honor for his comments.

“I really wish Joe Biden would shut the eff up forever and continue to act like he’s starring in the movie ‘A Quiet Place’ because as soon as he opens his mouth and makes noise, he gets us all killed, OK?” Charlamagne said.

“There’s already so many people who are reluctantly only voting for Joe Biden because he’s the only option,” he continued, noting that Democrat voters are simply voting against Trump because he “is that trash.”

“I really wish Joe Biden would shut the eff up forever and continue to act like he’s staring in the movie A Quiet Place, because as soon as he opens his mouth and makes noise he gets us all killed.” – Charlamagne tha God on Joe Biden. pic.twitter.com/hluuCmgIK8 [2]

We’d challenge Mr. Tha God on the notion that the president is “trash” for the black community, especially considering his historically low unemployment rates for minorities prior to the China pandemic, his support for historically black colleges, and his criminal justice initiatives.

Contrast that with Biden’s record.

And use your own words [4], Charlamagne. Like when you said of Biden and former New York City Mayor Michael Bloomberg that they both “systemically created things to oppress and marginalize black people.”

He also suggested Biden deserves more scrutiny given his tough-on-crime record that put many non-violent men and women of color behind bars for lengthy sentences that far outweigh their crimes.

“And I think that is a big strike against him, and it’s a strike that he hasn’t really apologized for, you know? It’s more of, well, the national crime bill didn’t cause mass incarceration, you know?” he continued. “He still holds on to those things.”

Joe Biden also has the audacity to think that if black voters don’t support him, then “you ain’t black.”pic.twitter.com/FP0sBoz6kP [5]

Seems like an odd approach: To hide from the American people and then ask for their vote.

Further commenting on Biden, Tha God reveals another problem for the Democrats, suggesting the black community will only support his running mate. And even then it will be based on the color of their skin and their gender.

Biden isn’t a man for whom too many in the black community seem very enthusiastic about voting. Democrats are going to have to push his choice for veep as the actual star of the election and hope it’s enough to motivate their voters.

This piece originally appeared in ThePoliticalInsider.com [7] and is used by permission.