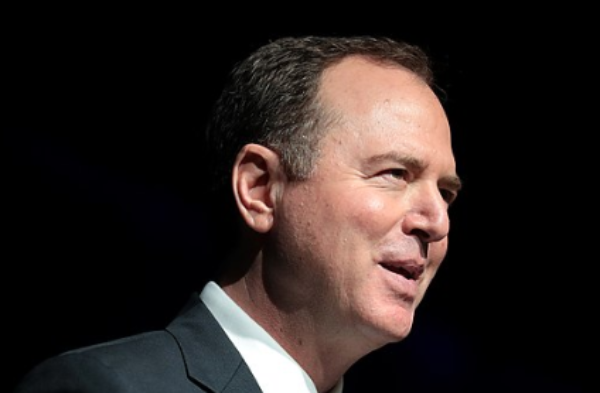 Congressman Adam Schiff (D-CA) wants to know so badly what is going on in the Durham probe.

It’s driving him mad and making him a bit nervous to boot.

You have to remember, Schiff had his grubby mitts in the Russian conspiracy hogwash from day one.

Do you remember the appearance he made on Tucker Carlson’s show? It seems like another lifetime ago, but that was one of the first big “public” moments where Schiff came out as a “lead” nutbag on the Russia hooey.

I dug up at that interview—it’s even more fun to watch now than it was back then.

So, my guess is that a lot of what Schiff is worried about has to do with how involved he was early on and what he was really doing behind the scenes…because we all know that Schiff likes to do his dirty work in the shadows, right?

How Attorney General William Barr may yet unleash the power of the Justice Department has House Intelligence Committee Chairman Adam Schiff unnerved.

The California Democrat invoked U.S. Attorney John Durham, who is conducting a criminal inquiry of the federal Russia investigation, as he discussed his dread that “more serious abuse” of federal law enforcement will happen in the coming days.

“One of the concerns I have with Bill Barr is that the worst is yet to come. I mean, he’s got a terrible, destructive track record as it is, and it may get worse in the coming days,” Schiff said in a recent episode of the Talking Feds podcast. “But what we have seen largely is Barr’s intervention to protect the president.”

Whereas Schiff is spooked by being kept in the dark about Durham’s work, his Republican counterpart on the House Intelligence Committee views that as a “good sign.”

“The one good thing so far that we’ve learned about this Durham investigation is that Durham isn’t talking. People on his team aren’t talking,” California Rep. Devin Nunes said during a Fox News interview last month. “I think that’s a good sign that this is a real, legitimate investigation that’s occurring.”

That’s how Democrats operate with their sham investigations.

But this one here is quiet; Schiff knows that something big is bubbling beneath the surface and it has to be eating him up inside night after night. He probably lays awake, staring at the ceiling, wondering when that dreaded shoe will fall.