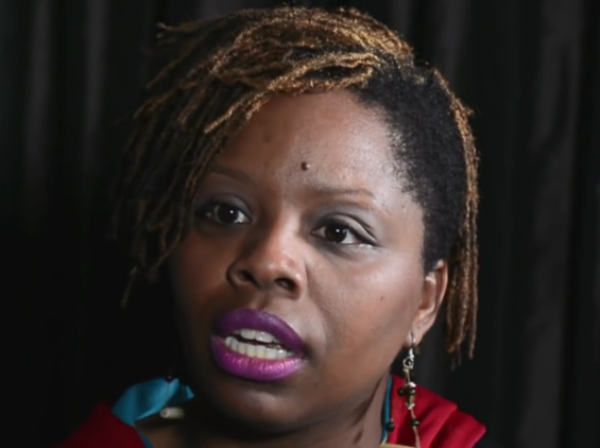 One of the founders of the Black Lives Matter Global Network recently weighed in on the 2020 election during an interview with Jake Tapper on CNN, in an apparent violation of Internal Revenue Service laws prohibiting 501(c)(3) organizations from engaging in campaign activity.

Patrisse Cullors, in her official capacity as a co-founder of the BLM Global Network, told CNN that “our goal is to get Trump out.” During the interview, Cullors declared, “Trump not only needs to not be in office in November but he should resign now. Trump needs to be out of office. He is not fit for office.” You can watch the video below.

President "Trump not only needs to not be in office in November but he should resign now," says co-founder of the Black Lives Matter Global Network Patrisse Cullors. "Trump needs to be out of office. He is not fit for office." pic.twitter.com/T6mLZ11cEv [1]

The IRS explicitly outlines that a 501(c)(3) organization “may not participate in any campaign activity for or against political candidates.” The prohibition includes “public statements of position (verbal or written) made on behalf of the organization in favor of or in opposition to any candidate for public office.” Organizations that violate this policy may lose their tax-exempt status according to IRS guidelines.

According to a piece in The Federalist, “the donation page for BLM is linked with ActBlue Charities, the 501(c)(3) wing of the Democratic political action committee ActBlue. The BLM Global Network is not individually registered as a 501(c)(3), but instead operates through a fiscal sponsorship agreement with the nonprofit organization Thousand Currents. Fiscal sponsorships allow the sponsoring organization to accept and direct donations on behalf of the sponsored group. But an organization sponsored by a 501(c)(3) is still required to comply with the regulations governing nonprofits, and is still prohibited from making partisan political statements.”

Cleta Mitchell, an expert on campaign finance regulation and tax laws governing charitable organizations such as BLM, told The Federalist that partisan political activity by tax-exempt 501(c)(3) groups is “completely prohibited” by federal tax law. BLM “must comply with all the rules that govern 501(c)(3) organizations,” Mitchell said.

Thousand Currents, the nonprofit that fiscally sponsors Black Lives Matter, was also recently exposed  [3]for having a convicted terrorist on its board of directors. According to a recent article in Washington Examiner, “Susan Rosenberg, a member of the board of directors for the left-wing Thousand Currents group, which handles the intake of donations made to Black Lives Matter, is a convicted terrorist who, among other things, was suspected of helping Shakur escape from prison.”

The article continues: “Rosenberg, who was listed [4] as the vice chairwoman of the board of directors for Thousand Currents until the webpage was pulled down [5] this week, as first reported [6] by the Capital Research Center, had been a member of the radical leftist revolutionary militant group known as the May 19th Communist Organization, affiliated with the Weather Underground terrorist group and other radicals. She was convicted on weapons and explosives charges and sentenced to 58 years in prison, serving 16 years before being pardoned [7] by President Bill Clinton in January 2001.”