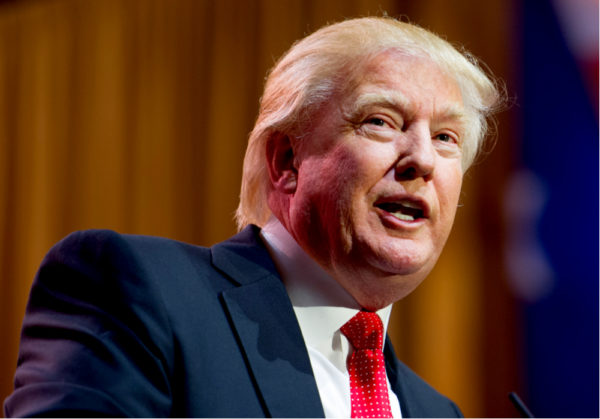 On Thursday morning, the Supreme Court decided a vital immigration case for the Trump administration, saying that a federal law limiting an immigration asylum applicant’s ability to appeal a determination was constitutional. In the case in question the applicant for asylum lacked a credible fear of persecution from his home country. Thus the limitation does not violate the Constitution.

President Trump also celebrated a “big victory” after a federal judge rejected the American Hospital Association’s challenge to an administration rule forcing them to disclose prices negotiated with insurers.

“BIG VICTORY for patients – Federal court UPHOLDS hospital price transparency,” Trump wrote on Twitter on Tuesday. “Patients deserve to know the price of care BEFORE they enter the hospital. Because of my action, they will. This may very well be bigger than healthcare itself. Congratulations America!”

BIG VICTORY for patients – Federal court UPHOLDS hospital price transparency. Patients deserve to know the price of care BEFORE they enter the hospital. Because of my action, they will. This may very well be bigger than healthcare itself. Congratulations America!

The first ruling on immigration means the Trump administration can deport those seeking asylum without allowing them to make their case to a federal judge. The 7-2 ruling applies to those who fail their initial asylum screenings, making them eligible for quick deportation. This ruling will speed up the entire process and is a welcome development.

“In this case, however, respondent did not ask to be released. Instead, he sought entirely different relief: vacatur of his ‘removal order’ and ‘an order directing [the Department] to provide him with a new…opportunity to apply for asylum and other relief from removal,’” Justice Samuel Alito wrote for the court majority, ruling “that relief falls outside the scope of the common-law habeas writ.”

In a dissent, Justice Sonia Sotomayor, joined by Justice Elena Kagan, insisted that the ruling “deprives [asylum seekers] of any means to ensure the integrity of an expedited removal order, an order which, the Court has just held, is not subject to any meaningful judicial oversight as to its substance. Today’s decision handcuffs the Judiciary’s ability to perform its constitutional duty to safeguard individual liberty and dismantles a critical component of the separation of powers.”

Justices Stephen Breyer and Ruth Bader Ginsburg sided with the majority. But a concurring opinion authored by Breyer made clear they believe the ruling only applies in this case: “I agree that enforcing those limits in this particular case does not violate the Suspension Clause’s constitutional command. But we need not, and should not, go further. Taking a broader approach may raise a host of difficult questions in the immigration context.”

On the second issue regarding healthcare prices the American Hospital Association commented, “We are disappointed in today’s decision in favor of the administration’s flawed proposal to mandate disclosure of privately negotiated rates. It also imposes significant burdens on hospitals at a time when resources are stretched thin and need to be devoted to patient care.”