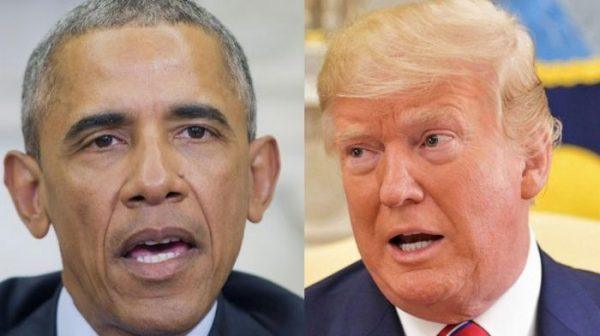 Former President Barack Obama reportedly came completely unglued as he accused President Donald Trump of spreading “anti-Asian” sentiments with comments he made about the COVID-19 pandemic.

During a private, virtual fundraiser for presumptive Democratic presidential nominee Joe Biden, Obama allegedly ripped into Trump for using terms like “China virus” and “kung flu” to describe coronavirus, according to The New York Times [1]. “I don’t want a country in which the president of the United States is actively trying to promote anti-Asian sentiment and thinks it’s funny. I don’t want that. That still shocks and pisses me off,” Obama is quoted as saying during the call.

This comes after Trump came under fire for describing COVID-19 as the “kung flu” during a campaign rally in Tulsa, Oklahoma earlier this month. White House Press Secretary Kayleigh McEnany spoke out to defend the president for using this term, saying that he was just trying to highlight China’s role in spreading the virus. “It’s a fair thing to point out as China tries to ridiculously rewrite history, ridiculously blame the coronavirus on American soldiers. This is what China is trying to do. President Trump is saying no,” McEnany said, according to the Daily Caller [2].

This comes days after Obama blasted Trump for his handling of COVID-19 as well as for his “shambolic, disorganized, mean-spirited approach to governance.”

“What we have seen over the last couple of years is a White House enabled by Republicans in Congress and a media structure that supports them that has not just differed in terms of policy but has gone at the very foundations of who we are and who we should be,” Obama said [3] at another virtual fundraiser for Biden.

Later in the speech, Obama accused Trump of promoting division and considering “some Americans in this country more real than others,” with Obama adding, “That, we haven’t seen out of the White House in a very long time.” There’s a longstanding tradition in this country in which former presidents have the decency not to speak out against their successors. It’s sad to see that Obama has such little respect for a precedent that has been in place in our great nation for generations.