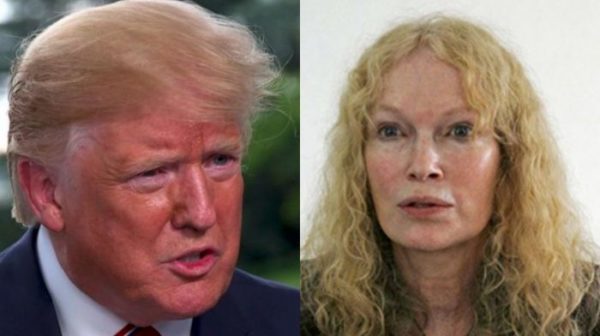 Hollywood actress Mia Farrow just went a truly bizarre route with her latest attack on President Donald Trump when she claimed that if he were a “real leader,” he’d listen to the “peaceful protesters” who have gathered outside the White House. The only problem with this statement is the fact that the protesters who have gathered outside Trump’s White House are actually anything but “peaceful.”

“A real leader would go our and listen to the protestors. They are peaceful protest outside the [White House]. But Trump is a coward,” Farrow tweeted on Monday.

A real leader would go our and listen to the protestors. They are peaceful protest outside the WH. But Trump is a coward.

Contrary to what Farrow said, however, protesters have actually been causing violence and chaos outside Trump’s White House over the past few days to protest the death of George Floyd, who died in police custody in Minneapolis last week. Various areas around the White House have been set on fire, including most notably the historic St. John’s Episcopal Church, located right by the White House.

Historic St. John’s Church across Lafayette Square from the #WhiteHouse [2] has been set ablaze by rioters tonight.#Shocking [3] pic.twitter.com/HdiYZ8Ikg1 [4]

On Monday, President Trump bravely left the White House to walk through what Fox News reporter Kristin Fisher described as the “epicenter” of the riots happening outside his home to visit the church that had been set ablaze.

I almost can’t believe what I’m seeing. POTUS just walked out the front door of the White House and into Lafayette Square – the epicenter of the DC protests – to visit historic St. John’s Church, which was set on fire last night. pic.twitter.com/XueoF2RC6z [6]

The last thing any of the protesters outside of the White House wanted to do was “talk” to Trump, and Farrow herself knew full well that they were not “peaceful” when she posted her preposterous tweet. This is nothing more than another attempt from the left to glorify the violent rioters, and all it is accomplishing is putting even more American lives in danger.