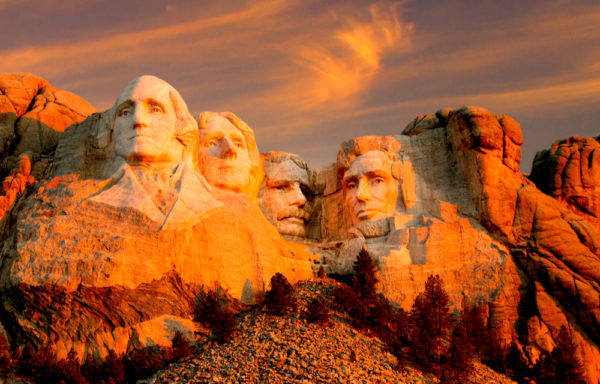 The GOP mole at the highest echelons of the Democratic Party was working overtime on Monday as the perhaps fictitious double agent convinced them to charge Mount Rushmore with white supremacy.

It almost seems surreal, almost as if the party has a political death wish. But no, they are in the hands of rabid leftist ideologues with no sense of politics, who hate America, and who are trying to impress themselves and their cohorts. If the GOP is smart, even just competent, it should cost the Democrats the fall election.

Will the Democrats next take aim at the restaurant chain White Castle? The White House? Can the tomb of that notorious rebel general…ahem…Ulysses S. Grant be far behind?

They’ve already vandalized the Lincoln Memorial and monuments to Thomas Jefferson. Next will they toilet paper the National Archives? Sounds ridiculous? Well, consider this. The Democrats, the official Twitter account of the Democratic National Committee, accused President Trump Monday of “glorifying white supremacy” after he scheduled a Fourth of July celebration at Mount Rushmore.

“Trump has disrespected Native communities time and again,” the Democrats wrote. “He’s attempted to limit their voting rights and blocked critical pandemic relief. Now he’s holding a rally glorifying white supremacy at Mount Rushmore, a region once sacred to tribal communities.” Under that logic all of North America was once “sacred to tribal communities,” so should we pack up and head back to the hinterlands most Americans sprang from? Democrats first.

Conservatives shot back with wit and incredulity: “Would be curious to hear @TheDemocrats explain what part of shooting off fireworks at Mt. Rushmore for the 4th of July ‘glorifies white supremacy.’ The fireworks? Mt. Rushmore itself? The 4th of July?” GOP pollster Logan Dobson asked. “Like I think I know what they’re implying here, and the tweet was obviously designed to tell their base something, but it would be really instructive if they were actually made to answer the question.”

Radio host Jason Rantz said, “The Democrats think Mt. Rushmore is a display of white supremacy. There’s no saving this country if Biden gets elected.”

The Democrats think Mt Rushmore is a display of white supremacy.

There’s no saving this country if Biden gets elected.

“Pretty disappointing that when Democrats held the WH and Congress a few years back, they left up this monument ‘glorifying white supremacy,'” writer Jeryl Bier commented.

“All the Republicans have to do is run on a ‘Hey, at least we’re not the Democrats’ platform,” author and “The Rubin Report” host Dave Rubin quipped.

Who knows what further flights into PC fancy the Democrats will indulge in between now and election day? With every one they give GOP media gunslingers mounds of free ammo and alienate specifically the moderate swing voters they need to win. Joe Biden can’t be too happy about all of this. But then, it’s hard to make your displeasure known from the bowels of a basement.