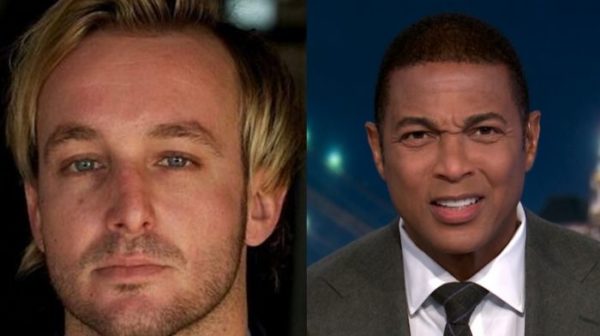 CNN host Don Lemon is denying that he ever met the bartender who is suing him for sexual assault.

Court papers obtained by Daily Mail [1] show that Hamptons bartender Dustin Hice, 39, filed a lawsuit against Lemon last August claiming that the 54-year-old CNN host assaulted him at Murf’s Backstreet Tavern in Sag Harbor in July of 2018. Hice has claimed in the lawsuit that Lemon stuffed his hand down the front of his own shorts, rubbed his genitals obscenely, removed his hand, and tried to make the bartender smell his fingers.

Hice alleges that Lemon asked him, “do you like p***y or d**k?” while “shoving his fingers into Hice’s face with aggression and hostility.” Lemon responded to the lawsuit earlier this month through his attorneys, claiming that Hice is a “complete stranger” to him.

In a letter sent to Judge Steven Locke, Lemon’s lawyers asked that Hice’s claims of negligent infliction of emotional distress be dismissed, as both sides had reached an agreement. They would now like the entire case to be thrown out of court.

In newly filed court papers, Lemon admitted to visiting the tavern in the past, but he “denies any allegation that mischaracterizes any interaction he may have had” with Hice. However, Hice said earlier this year that the fact that Lemon is a supporter of the #MeToo movement makes him even more of a hypocrite because of his own “‘vile, disgusting, lewd and inhumane” behavior.

Hice also claimed that he turned down a six-figure settlement from Lemon’s team before negotiations broke down and he filed his charges last August. “I’ve grown a new respect for people dealing with mental health issues because stress, depression, anxiety, those are all very serious things. It consumed my life,” Hice said. “Witnesses saw this happen. The whole town of Sag Harbor knew.”

Court papers also say that the incident was witnessed by Hice’s former boss, who was stunned but what he saw. “Dustin was in this shock mode saying, ‘Bro, did that just happen? That was disgusting,'” the former boss said. “The whole thing is like, I go out in the Hamptons, I live out here, I have a restaurant, I get it, people get crazy. To me, it was just another thing. To [Dustin], he was like shocked.”