Why this Georgia Democrat endorsed Trump for 2020

Our president has proven that he’s the man for that job, so he’s got my vote and my full support.

Democrats are not happy, to put it mildly, to see a black Georgia Democrat like me endorse Donald Trump for reelection.

That speaks volumes about the sorry state of today’s Democratic Party, because by any measure, President Trump has done more for black Americans in the past three years than the Democrats have done for us in the past 30 years.

Instead of treating me as a respected colleague and seeking to understand my reasons for diverging from their point of view, my fellow Democrats disowned me and urged me to resign from the Georgia House of Representatives.

They were almost successful — but in the end I realized that I must do what I believe is right for my constituents. In this case, that means continuing to represent their interests while urging my Party to put its principles above petty partisanship.

Before the pandemic started and shut down much of the economy, more black Americans were working than ever before thanks to the booming Trump economy, allowing us to achieve record-low black unemployment and a surge of black entrepreneurship.

The president’s presumptive opponent, Joe Biden, wants to undo the policies that helped produce that incredible result just to spite Donald Trump. Worse, Biden wants to replace them with job-killing policies that would hit black workers the hardest. That’s what concerns me the most.

Many celebrated 2018 as a “banner year” for black entrepreneurs, whose businesses experienced a whopping 400 percent growth in a single year thanks to the Trump administration’s business-friendly policies. My own district in Atlanta, home to a thriving black startup community, was recognized as one of the most “dynamic” scenes for entrepreneurs in the United States. Whereas the Obama-Biden administration oversaw an increased wealth gap due to onerous labor laws and burdensome regulations on small businesses, President Trump was able to create a blue collar boom, largely by eliminating his predecessor’s job-killing policies.

With tens of millions of Americans relying on unemployment benefits due to state and local stay-at-home orders, the promise of a rapid economic comeback is more important than ever, and Donald Trump has already proven that he can deliver exactly that.

But my endorsement is about more than economics. As I’ve tried to make very clear, my support is also based on the president’s effective support for historically black colleges and criminal justice reform.

Numerous presidents have tried and failed to reform the criminal justice system, despite its widely-acknowledged flaws, but President Trump managed to broker a bipartisan agreement that not only ended long-standing racial inequities, but also restored an emphasis on rehabilitating prisoners so they can return to society as productive citizens. Under the FIRST STEP Act, 3,100 federal prison inmates have already been released as a result of an “increase in good conduct time,” and 1,691 drug criminal sentences have been reduced under the retroactive application of the Fair Sentencing Act.

I was once a supporter of President Barack Obama, partly because he promised to deliver exactly this sort of reform. But Obama’s administration failed to follow through on that promise because he was too preoccupied with other priorities. The black vote is too often taken for granted by Democrats who claim to be warriors for justice, and prison reform is a perfect example of that.

My experience should remind Americans to stop letting reflexive partisanship take the place of genuine thought. I endorsed Donald Trump because he’s delivering the results Democrats are supposed to care about. The ostracism I’ve faced from my fellow Democrats has been discouraging, but the overwhelming support I’ve gotten from my constituents and patriots across America throughout this ordeal gives me hope that common sense will prevail over partisanship.

As a proud Democrat, I am ultimately committed to delivering results for the American people. Our president has proven that he’s the man for that job, so he’s got my vote and my full support. 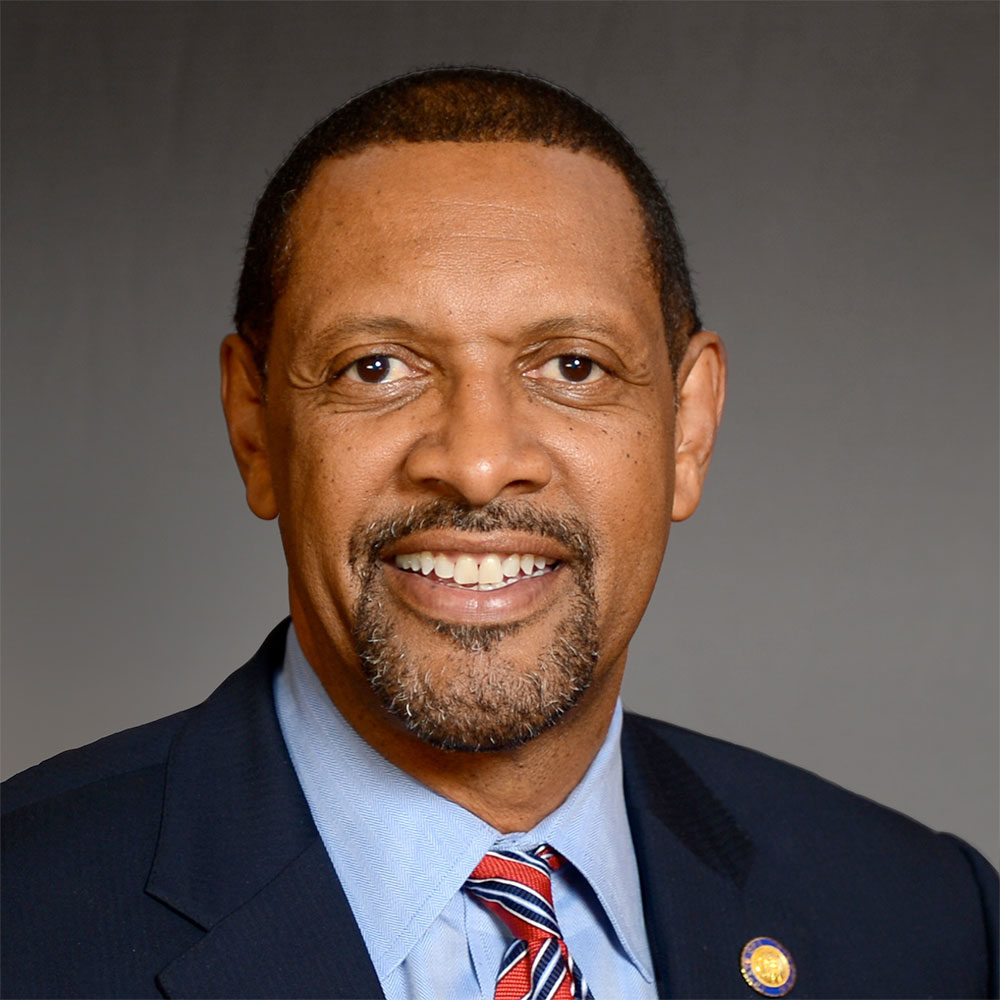 Vernon Jones is an American Democratic politician from the U.S. state of Georgia. Jones was chief executive officer of Dekalb County, Georgia, from 2001 until 2009, and in the Georgia House of Representatives from 1993 to 2001. Jones was elected to the Georgia House in 2016.