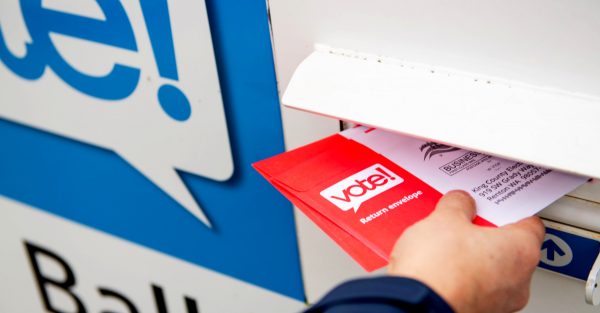 Democrats, progressives, and even some members of the GOP regularly engage in voter fraud all over the nation. Practices like ballot harvesting and mandatory mail-in voting are widely accepted in states as such as California because large liberal states rely on voter fraud to keep their elected officials in office.

From the report: “Just look at the 2018 congressional race in North Carolina that was overturned by the state election board. Or the mayor of Gordon, Alabama, who was removed from office last year after his conviction for absentee ballot fraud. Although talk of voter fraud may be increasing because of the stakes in the 2020 election, The Heritage Foundation’s Election Fraud Database has been around for four years. With the addition of our latest batch of cases, we are up to 1,285 proven instances of voter fraud.”

That’s only the beginning.

“Voting by mail makes it easier to commit fraud, intimidate voters, and destroy the protections of the secret ballot. It puts elections into the hands of the Postal Service. Without the oversight of election and polling officials, ballots can be lost, disqualified, and even stolen. An example from our newest batch of cases illustrates a common type of fraud. John and Grace Fleming both were found guilty of duplicate voting, once by absentee ballot in New Hampshire and then in person in Massachusetts.” In fact, California has just made mail in voting mandatory. This will no doubt facilitate Democrat cheating.

The report goes on.

“We also added to the database the case of Reginald Holman, a city council member in Ashtubla, Ohio, who was forced to resign after an investigation found he illegally registered at his parents’ address in Ashtubla rather than his actual residence in Plymouth, Ohio. Take the case of Courtney Rainey in Canton, Mississippi, who was found guilty of bribing and harassing individuals to win a municipal election.”

“Or take the case of April Atilano, who was found guilty of changing party affiliations of voters and forging signatures on voter registration forms, among other things. Atilano was hired by a private company to contact and register voters in Madera County, California. Vigilant staffers in the County Clerk-Recorder’s Office noticed something fishy with the registration cards submitted by Atilano. If they hadn’t have been so diligent, the forms would have been altered without the consent or knowledge of the voters.”

Think that kind of thing only happens in corrupt Democrat California? Not so fast, “In a previous article, we pointed out how over 100 elections in Ohio were decided by less than two votes. Heritage’s database contains numerous instances where voter fraud was so severe that it affected the outcome and new elections were called. This is not a partisan issue. Heritage has documented elections overturned or elected officials removed on account of fraud that involved both Democrats and Republicans.”

At all electoral levels this November’s election will be vital in deciding the future of this nation. Aside from Democrat witch hunts over foreign involvement that just happens to mesh with their talking points, election offices from local to federal must be watchful of corrupt players trying to alter results. The examples above are a warning. If it is not heeded, once again as in 1960 at the presidential level and in numberless recent cases in local and congressional races, people will sit in office who did not win an election to get there.