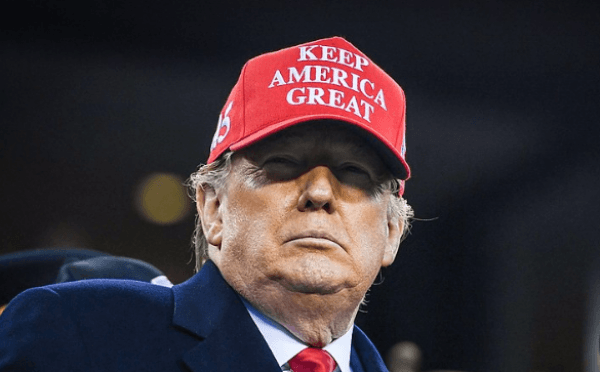 President Donald Trump just scored a huge victory over his predecessors when it was revealed he had his highest Gallup [1] approval rating on May 13. Trump’s current approval rating is 49 percent, a higher number than four of the last six presidents at this same point during their presidencies.

Obama, George W. Bush, Clinton, and Reagan were all able to win reelection after having these numbers.

The good news for Trump just kept on coming from there, as Gallup [2] found that 50% of Americans approve how he has handled the coronavirus pandemic.

Some pollsters have said that there has been a growing amount of backlash against the way the media has covered Trump’s handling of COVID-19 and the economy. A new McLaughlin & Associates survey found that 48 percent of Americans feel that the media has been unfair to Trump, while just 42 percent believe the media has been fair to the president, according to The Washington Examiner [3].

“They play to a small active, deranged, anti-Trump base for clicks on the internet,” John McLaughlin said. “That’s not journalism. In the process, they disregard facts and destroy their own credibility. The establishment media is no longer an independent, nonpartisan check and balance on both major parties. Instead, they are an extension of the liberal Democratic Party.”

If Trump can maintain these numbers over the next few months, it looks like he will have no trouble being reelected in November!