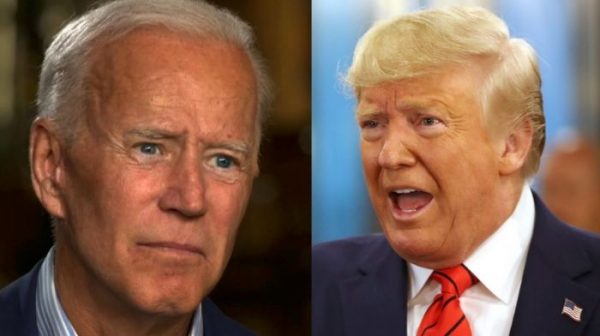 President Donald Trump’s reelection campaign has fired back at Joe Biden after the former Vice President made racist and insensitive comments about black voters.

On Thursday, Biden told radio host Charlamagne tha God that if you don’t vote for him, “then you ain’t black.” Katrina Pierson, senior adviser to the Trump campaign, responded to these remarks on Friday.

“White liberal elitists have continuously dictated which black Americans are allowed to come to the table and have a voice,” Pierson said, according to The Blaze [1]. “It is clear now more than ever, following these racist and dehumanizing remarks, that Joe Biden believes black men and women are incapable of being independent or free thinking.”

Pierson, who is the leader of Black Voices for Trump, added that Biden “truly believes” that he, as a white man, “should dictate how black people should behave.”

“Biden has a history of racial condescension and today he once again proved what a growing number of black Americans and I have always known — Joe Biden does not deserve our votes,” she said.

.@JoeBiden [2]: “If you have a problem figuring out whether you’re for me or Trump, then you ain’t black.” @cthagod [3]: “It don’t have nothing to do with Trump, it has to do with the fact — I want something for my community.” @breakfastclubam [4] pic.twitter.com/endvWnOIV2 [5]

This came after Biden made it clear in the interview with Charlamagne, which aired on Friday morning, that he believes he is entitled to the black vote.

“I’ll tell you what: If you have a problem figuring out whether you’re for me or Trump, then you ain’t black,” Biden said.

If Biden’s comments are not racist, I don’t know what is! Democrats like Biden claim to be warriors against racism, yet they discourage black people and other minorities from thinking for themselves by telling them they have no choice but to vote left. It doesn’t get much more racist than that.