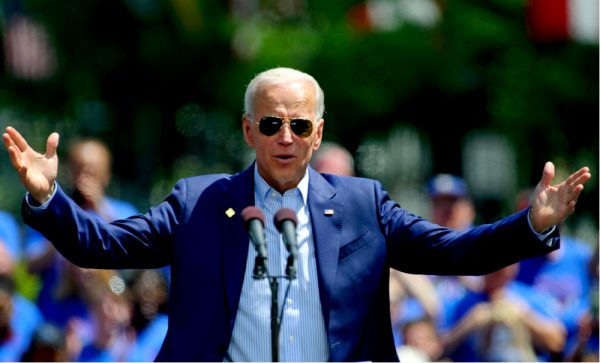 The Daily Beast reported Sunday that disgruntled Republicans are working with Joe Biden against President Trump and are forming a “Republicans for Biden [1]” group to work with the Democrats in the fall. Said Biden recently in an interview: “Matter of fact, there’s some major Republicans who are already forming ‘Republicans for Biden.’ Major officeholders.”

“It is literally just forming,” said one former top Republican Party official who demanded anonymity. “I’ve had several conversations with people who have approached me. It’s going to take off, it’s going to happen. The question is to what degree and form it does. You don’t want something like this out on the street before it needs to be. It just makes it much harder to do. My impression is the official one [anti-Trump GOP group] will be part of the [Biden] campaign.”

“I know that it’s happening and it’s coming together,” said Jennifer Horn, a Republican player and former state party official. But she will not be involved. She’s focusing her attention on the Lincoln Project, an anti-Trump super PAC she advises along with George Conway, the husband of White House adviser Kellyanne Conway, Never-Trumper and McCain aide Steve Schmidt, consultant John Weaver, and GOP operative Rick Wilson.

Also, on Tuesday, former Hewlett-Packard CEO Carly Fiorina, who ran against Trump for the GOP nod in 2016, declared that she “cannot vote for Donald Trump in 2020.”

Democrat operative Joe Trippi commented on the RINO group, “It’s done, but the reason it’s not common is there are few people willing to do that. It’s not rare on the Biden campaign’s part.”

The Biden campaign had their own comment: “As we move into the General Election, we’re going to continue to ramp up our outreach to Americans of all political stripes—including the many disaffected Republicans who are horrified by Trump’s historic mismanagement of the coronavirus crisis.”

This group is mainly staffed by people who lost to Trump in the 2016 GOP primaries, refused to work with him in the general election, and thus were cut out of the DC gravy train when he came to office. Since then, as they have nowhere else to go, they have sold their names and services to media and liberal low bidders. They did so with the pathetic hope that someone would notice them enough to give them a gig.

Well, now it seems they have one. But it’s likely to turn out the same way everything political they’ve touched since 2016 has, with an embarrassing and alienating loss.