Even Democrats are starting to acknowledge that China is to blame.

The coronavirus pandemic lit a fire in Washington.

The Trump administration, which has always taken a firm and more than fair stance toward China, is calling the Chinese government “culpable” for the consequences of its misconduct, specifically its efforts to cover up the truth about the novel coronavirus in the early stages of the initial outbreak in Wuhan.

Senator Tom Cotton (R-AR) likewise accused China’s leaders of “criminal negligence,” and his colleague, republican Senator Josh Hawley of Missouri, has introduced legislation to allow Americans affected by COVID-19 to seek damages from Beijing. In the House, Representative Jim Banks (R-IN) has introduced a separate bill to prevent the Chinese government from profiting from investments in American companies that were forced to ramp up production of the medical supplies China denied to America in the critical early stages of the pandemic.

MORE NEWS: Presidential pardons and commutations are political but varied

Even Democrats are starting to acknowledge that China is to blame. Joe Biden, of all people, has put out an ad accusing the president of having “rolled over” for China, thereby exacerbating the spread of the coronavirus here in the U.S. This is the same candidate who began the campaign by scoffing that China isn’t even “competition” for America, and who just weeks ago called President Trump’s ban on travel with China “hysterical” and “xenophobic” before medical experts confirmed it had saved many American lives.

Something very big is happening, but the pandemic is simply the catalyst that is allowing the D.C. establishment to finally acknowledge, in bipartisan fashion, what has long been apparent: The Chinese Communist Party (CCP) has never had any interest in playing by Western rules of fairness, decency, or respect for human freedom or life.

When the CCP murdered thousands of its own citizens in Beijing’s Tiananmen Square in 1989 because they were demanding democratic reforms, American politicians were eager to condemn China’s human rights abuses.

Just one year later, however, America’s leaders decided, on a bipartisan basis, to begin rapidly liberalizing our trade relations in spite of Tiananmen. With only a fig-leaf commitment to reform, we practically sponsored China’s acceptance into the World Trade Organization, helping to align our own economy toward utter reliance on Chinese manufacturing in the process.

China’s human rights abuses have, if anything, grown even more serious since the days of Tiananmen, yet there was no discernible slowing of economic engagement with China…until President Trump took office. China has assembled a nightmarish, Orwellian surveillance state —in large part thanks to the contributions of U.S. tech companies such as Google— and it uses that capability to help it maintain a network of concentration camps designed to eradicate the Uighurs, a vulnerable ethnic and religious minority.

As China has grown into the world’s second-largest economy, mainly through exports to the United States, it has also brazenly refused to abide by the laws and norms of international trade and commerce. The Chinese government shamelessly manipulates the country’s currency, maintains massive state-run enterprises while claiming to operate a market economy, engages in illegal trade practices such as dumping, and commits intellectual property theft on an industrial scale. It is also setting illiberal world norms across its entire Belt and Road initiative, buying United Nations votes along the way.

Donald Trump has been pointing all of this out for decades, and since becoming president he has made it a top priority to hold China accountable for its wrongdoing with policies such as strategic counter-tariffs, which he has used as leverage to force China to renounce its cheating ways. For the first three years, many establishment politicians, corporate executives, media figures, and academics continued to resist the uncomfortable truth about China—but the pandemic has thrown the curtain wide open and let the world see clearly, if only for a short while, that China’s malfeasance represents an existential threat to the entire world. They have documented their intent and strategy in their own words. (Read “Unrestricted Warfare,” 1999.)

This is a once-in-a-generation moment for America to take stock and ultimately reconsider the nature of our relationship with communist China. We can’t afford to miss it.

Despite the momentary bipartisan condemnation of China, we can’t count on that sentiment to last, and we certainly can’t trust Joe Biden to carry the torch once the fire of public furor inevitably dies down. Just last year, the man who is now the presumptive presidential nominee of the Democratic Party opined that China is “not competition for us” and naively mocked the notion that China could “eat our lunch.” Biden and Hillary also released one of the top Chinese intelligence assets who fled to our embassy, which Hillary noted in her own book would make the Chinese happy. The billionaire class of Davos has paid them billions and will pay more to try to turn the page on this virus nightmare.

Our political establishment must fundamentally reorient American policy toward China in the direction of the hard-headed realism that President Trump has practiced since his first day in office. If this pandemic is not enough of a crisis to confirm the need for that, read “Unrestricted Warfare” and see what comes next. China is at war. Are we? 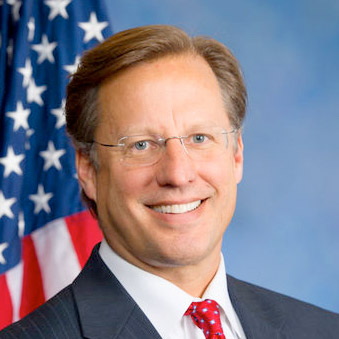 David Alan Brat is the dean of the Liberty University School of Business. He served as the U.S. Representative for Virginia's 7th congressional district from 2014 to 2019.

Presidential pardons and commutations are political but varied