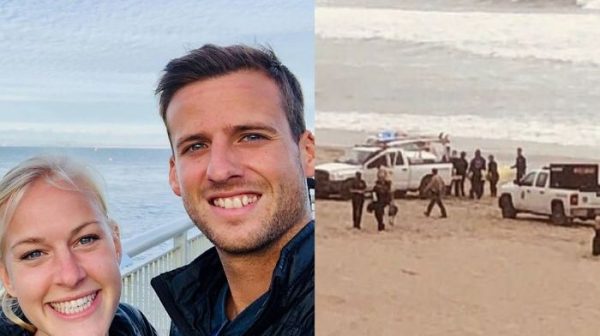 A 26 year-old surfer was killed on Saturday at a beach in Northern California that had been closed due to the coronavirus pandemic.

Daily Mail [1] reported that Ben Kelly was killed [2]while surfing off Manresa State Beach on the northern side of Monterey Bay about 100 yards from the shore just before 1.30pm. Kelly had been well known and beloved in the Santa Cruz surfing community, and he ran a local business hand crafting boards. Tributes have been pouring in for him on social media, where those close to him are describing him as “one of a kind.”

“Ben you are one of a kind, one of the good ones, and you will be sorely missed,” one social media user posted on Instagram. “Aloha bro and much love on your journey to surfing the stars. At least I know you will have a good board under your feet.”

“BK had one of the biggest hearts and you’ll be missed brother. Till our next surf up on the clouds. RIP BK,” another friend added.

#BREAKING [3] : A shark attack occurred today at Sand Dollar Beach in Santa Cruz County. This beach is next to Manresa State Beach south of Aptos. No immediate information is available on the medical status of the victim. Attack happened within 100 yards of the shore. @kron4news [4] pic.twitter.com/FPkOaQjwcv [5]

Photos captured by KTVU [7] show rescue crews on the shore just after the shark attack took place. The California State Parks website [8] states that Manresa State Beach is fully closed from 11am to 5pm each day because of COVID-19.

Local drone photographer Eric Mailander told KRON4 [9] that he had counted fifteen great white sharks while he was out on his boat on Saturday morning. Local residents have been left shaken by the tragic incident.

“Tomorrow is Mother’s Day, there’s a mother who lost her child in an accident that seems so outrageous compared to what’s going on in the world,” one resident said, with another adding, “Just to think of a 26-year-old dying is horrible to me, terrifying. It makes me horribly sad. I love the ocean and I hate for people to be scared of it.”

This was only the third fatal shark attack in Northern California since 1984, and the first since 2004. Kelly is survived by his wife, as well as by numerous family and friends.