Hope has been a critical element of his leadership during these difficult times.

Emotional contagion is a very real danger during any volatile situation, but especially during high stakes events such as a pandemic. Fear and anger can spread like wildfire without confident, steady leadership and a balance of realism and optimism modeled by the leaders involved. Fortunately, that kind of wartime leadership is exactly what we have with Donald J. Trump in the White House.

The Trump administration’s response to the COVID-19 crisis has been both swift and dynamic from the very beginning, harnessing the full power of the federal government. Restricting travel from China early on in the outbreak, for instance, gave America invaluable time to prepare and saved countless lives. Similarly, the White House social distancing guidelines are having a measurable impact across the country, and removing regulatory impediments to developing possible vaccines and potentially-lifesaving experimental drugs has drastically reduced the timetable for decisive medical solutions.

Meanwhile, on the economic side, the President has moved quickly to enact relief measures such as emergency loans for small businesses — which are automatically forgiven as long as jobs and salaries are protected — as well as emergency unemployment benefits for Americans who have lost their jobs. He has made every indication that he plans to protect — and, if necessary, rebuild — the “greatest economy in the history of the world” that was created thanks to his leadership over the past three years.

Perhaps as important as the specifics of the administration’s policy response is the hopeful attitude that has characterized President Trump’s daily press briefings, which feature constant reminders to Americans that our “unyielding, unwavering, and remarkable” spirit will help us survive this war and come out of it even stronger.

MORE NEWS: The Ghouls At Pfizer Don’t Know When To Stop

Hope has been a critical element of the most successful components of American engagement and action over our history. President Trump’s mindful strategy, coupling hope with careful planning and bold action, is the type of leadership needed to address our current challenges.

Uniting the country behind a common purpose has also been a top priority, with the President going out of his way to praise even his political opponents and media critics when they work productively with the federal government to protect Americans.

As a former Afghanistan veteran who has served under multiple administrations before pursuing my doctorate in psychology at Columbia University, I have experienced firsthand the importance of morale and hope during periods of crisis. Cadets at the United States Military Academy learn that duty, honor, and country are rallying points for leadership, inspiring hope and courage when such feelings seem out of reach. President Trump reflects those qualities every single day as he leads the nation in our battle against the coronavirus pandemic.

President Trump is the true embodiment of everything it means to be a wartime leader, taking swift and decisive action informed by both expert opinion and common sense, never forgetting the strength of the human spirit. He is not leaving the American people to feel as though we are fighting a faceless enemy by ourselves, because he continues to communicate directly with us every single day, with some of the most skilled and highly-credentialed public health experts and economic advisors at his side. He is the Commander-in-Chief, and they are his generals.

Waging war against an invisible enemy is difficult and stressful. Steady, confident leadership makes all the difference in a fight, and Donald J. Trump is providing that to us as he guides all Americans through this crisis.

Meaghan Mobbs, a West Point graduate and Afghanistan veteran, is the Executive Director for Veteran and Military Family Engagement for Donald J. Trump for President, Inc. 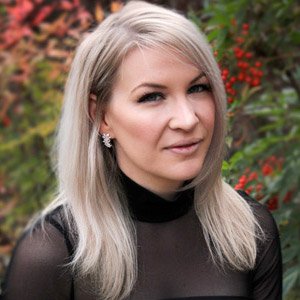