We've have never seen a man who is as patient, determined, and focused under fire as President Trump.

No politician in America has faced more unjustified criticism from the liberal-dominated “mainstream” media than President Donald Trump. But despite enduring a constant barrage of smears, baseless attacks, and blatant lies from the moment he entered the political arena, our president has never wavered.

According to the newly-disclosed footnotes from the Justice Department’s report on the FBI surveillance of the Trump campaign in 2016, the infamous Steele dossier —a document that was at the heart of the manufactured Russia collusion narrative— contained…Russian disinformation. To make matters worse, some FBI officials were concerned about the author’s ties to Russian oligarchs, but those concerns were never shared with the unit that was assigned to investigate Donald Trump’s associates.

It turns out that President Trump was right all along—there was a “witch hunt” conducted against him, both before and after the 2016 election. But you will never hear an apology from the liberal media who treated the Steele Dossier as the sacred scripture of the anti-Trump #resistance. And worse, we now know, because of the #resistance and their push of the false narratives, there is danger of permanent erosion of civil liberties and due process for all Americans.

What is truly remarkable is that President Trump never allowed the mainstream media to distract him from accomplishing his policy objectives, no matter how preposterous their smears became over time.

During his first year in office, the president passed historic tax cuts, saving American workers an average of $1,400 on their annual federal income taxes. The following year, he signed the most extensive bipartisan prison reform legislation in U.S. history, the FIRST STEP Act. Even the hyper-partisan Democrat impeachment campaign didn’t stop the president from fighting for American workers—Donald Trump whipped up bipartisan support for his groundbreaking United States-Mexico-Canada Agreement so effectively that it passed with negligible opposition just one day after the House of Representatives approved articles of impeachment without a single Republican vote.

That’s not even close to being an exhaustive list of this president’s extensive record of promises kept—his administration has also secured the border, deregulated the economy, fixed the VA, appointed reliably conservative justices to the Supreme Court and the rest of the federal judiciary, and much more. Throughout it all, he has had to aggressively defend his integrity in the public square, relentlessly pushing back against the fake news media’s assault on the truth.

We’ve have never seen a man who is as patient, determined, and focused under fire as President Trump—and that is exactly the kind of leadership that our country needs more than ever right now.

The sad thing is, our president probably could have achieved even greater things for the country if he didn’t have to deal with the slings and arrows of partisan media outlets. Liberal journalists have launched brand new attacks, often using Orwellian doublespeak, against the White House in the midst of the coronavirus pandemic, treating this once-in-a-lifetime public health crisis as just another opportunity to advance their biased narrative in preparation for the November elections.

Their fabricated storyline is predictable and unimaginative, baselessly claiming the White House botched its response to the coronavirus outbreak, and the Trump administration is still not doing enough to curb the spread of the deadly disease.

The facts are clear and immutable. The White House acted swiftly and responsibly.

No matter how hard the media try, they will never be able to change history. The United States was one of the first countries in the world to implement robust international travel restrictions on coronavirus hot spots—something liberals excoriated President Trump for doing at the time.

While House Speaker Nancy Pelosi contemplated legislation called the “NO BAN” Act to keep borders open as vectors of infection, the president acted to protect the American people by shutting down travel from China and eventually with the EU, Africa, the Middle East and the United Kingdom.

While the Democrats paraded the ever more troubling incompetence of their presidential candidates during their January 29, February 7 and February 19 debates — where there was not a single mention of the Wuhan Coronavirus — the White House was establishing and coordinating a whole-of-government response integrating critical private/industrial sector support, moving material and personnel to meet the challenge head on.

Most significant, contrary to initial projections, our country has avoided a shortage of life-saving ventilators thanks to the president’s effective collaboration with the private sector, and the number of COVID-19 deaths is now expected to be much lower than public health experts first anticipated. And through it all, the Trump administration has made it a priority to support the millions of working families who have been impacted by the current economic lockdown.

Further, the president’s fundamental belief that America must increase manufacturing and self-reliance (especially in critical national security and medical sectors) to preclude foreign reliance during a national crisis has been proven correct, and must be a priority going forward into 2021.

The liberal media have thrown everything in their arsenal at Donald Trump, but they’ve never been able to distract him from fulfilling his obligation to the American people before. The president certainly isn’t going to flinch now as they try to distract him from the most important work of his entire presidency. 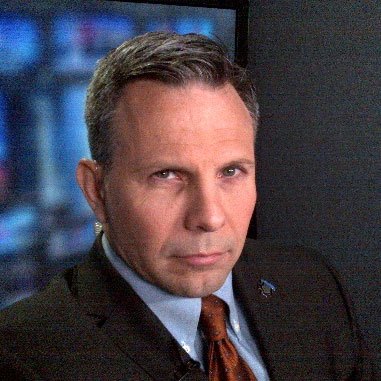 Fauci: Data ‘Strongly Indicates’ Covid-19 Is From a Natural Occurrence