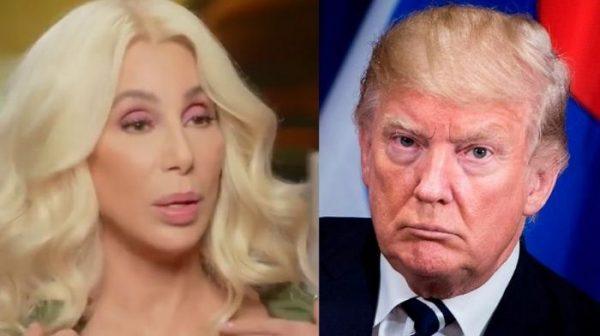 The radically left-wing pop star Cher just launched yet another all-caps tirade against President Donald Trump, this time admitting that she has always hated him and claiming that he will “kill us.”

Cher’s latest nonsensical attack on Trump was just as hard to understand as her others have been, as it was full of spelling and grammar issues. “I’ve always loathed trump 4 of his unending Character Flaws, But Now his Cowardice will KILL US.DRS WILL DIE BECAUSE DISMANTLED AGENCY FORMED 2 PROTECT US FROM PANDEMICS. WONT GIVE AMERICAN PPE, HE LET AMERICA Cos.SELL MED EQUIP.2 THE WORLD. HE KNEW & STILL DID NOTHING.FLA IS GETTING MED EQUIP,” Cher wrote.

I’ve always loathed trump 4
of his unending Character Flaws,But Now his Cowardice will KILL US.DRS WILL DIE BECAUSE🚽DISMANTLED AGENCY FORMED 2 PROTECT US FROM PANDEMICS.🚽WONT GIVE🇺🇸PPE,HE LET🇺🇸Cos.SELL MED EQUIP.2 THE 🌍.HE KNEW & STILL DID NOTHING.FLA IS GETTING MED EQUIP

It should be noted that much of what Cher wrote here has already been proven to be false. Despite what the Left claims, Trump never “dismantled” the White House pandemic unit and got rid of the entire team. Instead, Rear Adm. Timothy Ziemer, who was the head of the pandemic unit, left the National Security Council when John Bolton was appointed the National Security Adviser, according to Breitbart News [2]. While Bolton did indeed then eliminate the pandemic unit, the Trump administration never fired everyone who ran it.

Cher also lied when she claimed Trump did nothing to stock up medical equipment, as experts have been warning the U.S. government about a lack of preparedness for a pandemic for over twenty years. Both George W. Bush and Barack Obama were warned that there was a crucial need for ventilators and other medical supplies should our nation be hit with a pandemic like this one, yet they did nothing about it. It is now known that seven reports were given about this to Bush and three were given to Obama during their respective presidencies, yet they each did not take action.