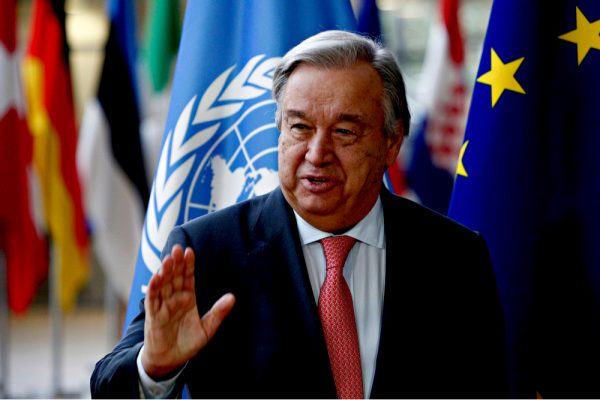 This is one of those stories that will make you laugh out loud. Apparently the United Nations chief wants a cease-fire [1] regarding all the armed conflict going on in the world so that we can all fight the pandemic. United Nations Secretary-General António Guterres said, “It is time to put armed conflict on lock-down and focus together on the true fight of our lives.” Really? So you think that’s going to work?

I don’t think that the United Nations understands that these are the kind of moments when the despots and tyrants take advantage of the situation. I’m actually surprised that they haven’t already done something in some sort of big way—their usual brand of barbarism.

I’m pretty sure that Iran, China and Russia probably have plans in the works to get what they want in the near future, whether it’s political, economical or strategic to acquire more land, money or power. And if things get worse, it’ll be country against country because resources will be scarce.

Does the UN really think that evil people have any qualms about being evil just because people are dying from a coronavirus? It’s always been survival of the fittest and if someone has an edge, they will use it.

Case in point: the tyrant Democrats in America are already taking advantage of the pandemic.

The government is supposed to be passing legislation to help with the pandemic and give financial relief to Americans. But the Democrats have all kinds of demands. They have put things in the legislation that they have wanted to pass for years. Decades. Things that have nothing to do with the pandemic. They want early voting, same-day voter registration in all states, tax credits for windmills and solar panels, student debt bailouts and more.

They think the Republicans will cave. And the Republicans will cave to some extent. They always do. So let’s not kid ourselves. A lot of what the Democrats want will get passed in the bill. How much? We won’t know until the final bill comes out. And then we will see how truly disgusting these tyrants are. Authoritarian. Bullies. Stalinists. Use any word you want—they’re all befitting.

“Never let a serious crisis go to waste” is their mantra…and it’s never been more true than right now. So if the Democrats can’t be restrained to do the right thing, I really doubt that North Korea, the Taliban, the Palestinians and al-Qaeda are going to take a vacation and play nice.

This piece was written by Liberty Paige on March 25, 2020. It originally appeared in SteveGruber.com [2] and is used by permission.

Read more at SteveGruber.com:
Oh Nuts! The Testicle Festival Has Been Postponed Because of Wuhan Coronavirus Fears [3]
The Very High Price of Trusting Communist China to Tell The Truth [4]
California Governor Shuts Down Hollywood [5]