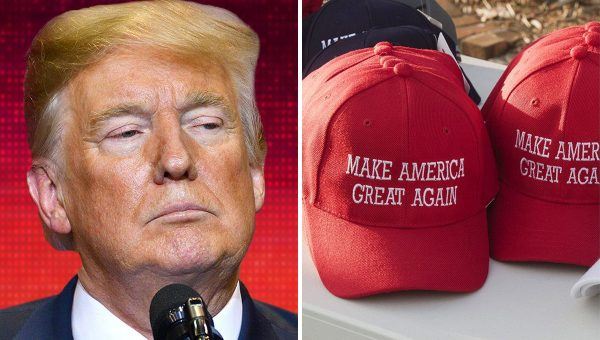 Liberals are constantly trying to make it look like supporters of Donald Trump are violent and deranged, but in reality, it’s leftists who often end up physically attacking those who think differently than they do.

This was sadly shown once again recently, when a man was assaulted in California for wearing a MAGA hat.

A man was using a restroom in Hermosa Beach last Labor Day while wearing a red hat with Russian writing on it, according to The Blaze [1]. Another man in the bathroom noticed the hat and asked what it meant, and when he was told that the words translated to “Make America Great Again,” he completely lost it.

Police say that the man began punching the hat-wearer in the face repeatedly, causing him to fall to the ground. This did not stop the attacker from continuing to punch him before stealing the hat and fleeing the scene.

After investigating, police arrested 32 year-old David Delgado, who appeared in court last week to plead no contest to one felony count of assault by means of force likely to produce great bodily injury. He is now facing four years in prison, and is set to be sentenced on May 28 in the Los Angeles County Superior Court, Torrance Branch.

We’re glad to see that he has learned the hard way that despite what liberals say, it actually is not acceptable to attack Trump supporters physically. Unfortunately, this is far from the first time a Trump supporter has been violently assaulted for their political beliefs:

WATCH: Leftist students freak out, get arrested by campus cops — after yet another allegedly stolen MAGA hathttps://t.co/8DO1CNgAMU [3] pic.twitter.com/MHXOjg70IN [4]

These violent attacks on Trump supporters are a direct result of Democrats and the mainstream media vilifying Trump voters to the point where crazed leftists think that harming them is the right thing to do. Until the liberal media changes the way they report on Trump supporters, those who voted for the president will still be in danger when they express their admiration for him publicly.