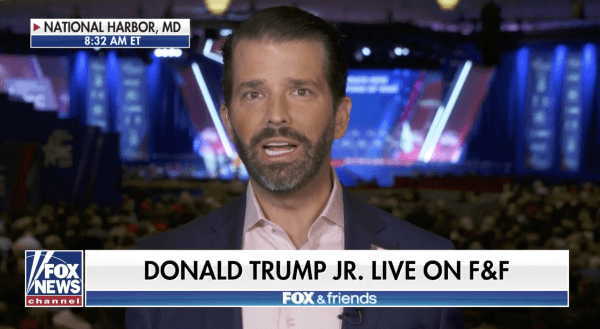 In a piece titled “The Religious Right’s Hostility to Science Is Crippling Our Coronavirus Response,” contributor Katherine Stewart wrote that a “denial of science and critical thinking among religious ultraconservatives now haunts the American response to the coronavirus crisis.”

Stewart’s original title of the story was “The Road to Coronavirus Hell Was Paved by Evangelicals,” according to Breitbart News [2].

Trump’s response to the pandemic has been haunted by the science denialism of his ultraconservative religious allies. https://t.co/Ndx3YuuenC [3]

Stewart is conveniently ignoring the fact that China is known to have [5] covered up the initial outbreak of the virus which has since cost countless lives all over the world. Christians, particularly in America, had absolutely nothing to do with it, yet they are still an easy scapegoat for the radically Left folks at The New York Times.

Thankfully, Trump Jr. was on-hand to call out Stewart and The New York Times as a whole for their offensively bigoted story. Alongside a link to a Breitbart News article [2] about Stewart’s anti-Christian attack, Trump Jr. wrote, “But they’re totally silent on China and even ran with the communist regime’s talking points. The new lows keep coming.”

But they’re totally silent on China and even ran with the communist regime’s talking points. The new lows keep coming.

Trump Jr.’s critique is spot on, as usual. This is the same media that lost their minds when President Donald Trump simply referred to coronavirus as the “China virus” because that’s where it originated. Mainstream media outlets called this “racist,” yet they have no problem blaming Christians for it in the most bigoted way possible.

In the eyes of the Left, Christians are the enemy in the United States, and they are willing to blame absolutely anything on them, regardless of how outlandish. Thank goodness we have a president like Trump in power, whose family will always have Christians’ backs.