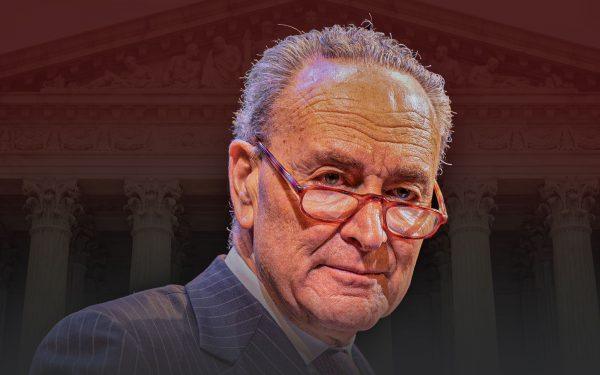 Despite vows not to vote for any package from the White House, notwithstanding House Speaker Nancy “Nanking” Pelosi (D-CA) writing a bill of her own, although media attacks persisted on the GOP legislation, it looks like today the Senate will vote for the nearly $2 trillion Trump relief package and send it to the president for his signature.

“Nanking”? Well, if the Democrats are going to do the bidding of the Chinese Propaganda Ministry their public labels ought to reek of it.

Shanghai Chuck Schumer (D-NY) and the Democrats have given way on more than several budget proposals they tried to include in the bill that had nothing to do with the virus. So far the GOP only had to agree to an oversight mechanism for a business fund that will be used by the Federal Reserve to pump more than $4 trillion back into the economy.

DC GOP insiders say that oversight was intentionally left out of the plan by the president, knowing the Democrats would balk, so that he could look like he was compromising on something he had already planned on doing. It’s the old political trick of asking for the stars so you can get the moon.

There is also word that if push comes to shove the GOP senators who are quarantined may show up in the Senate to vote while wearing hazmat-like protective gear.

While negotiations are still going on as of press time and Democrats have not given up all their pork requests, including money for DC’s Kennedy Center and a post office bailout, a vote is expected tonight. Senate GOP Leader Mitch McConnell (R-KY) has made it clear he will hold firm on the great majority of budget priorities sent from the White House.

Democrat non-virus related matters still being negotiated include diversity programs, doing away with Trump executive orders on collective bargaining, limits on airline carbon emissions, a return of the “ObamaPhone,” a $15 minimum wage, and pension funding for community newspapers. None have anything to do with the virus.

It is likely that most, if not all, of those provisions will not make it into the final bill. This sets up a stunning win for Trump on the economic rescue package.