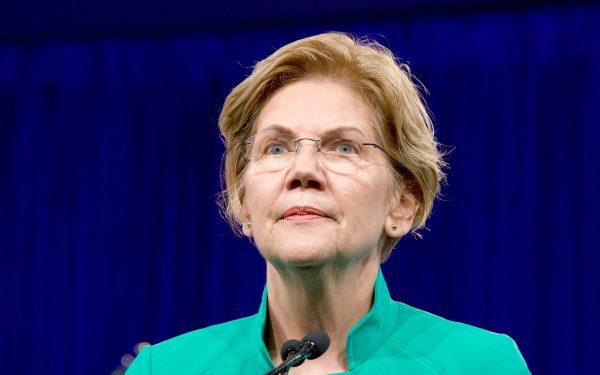 Sen. Elizabeth Warren (D-MA) was humiliated last week when she came in fourth in the New Hampshire primary behind her fellow candidates Sen. Bernie Sanders (D-VT), Pete Buttigieg, and Sen. Amy Klobuchar (D-MN). Afterwards, Warren sent an email to her supporters that was nothing short of pathetic, as she tried to comfort them by telling them to do things like hug a pet, eat chocolate, and “watch videos of cats and dogs who are friends.”

“Last night didn’t go the way we wanted it to go,” Warren wrote in her sorrowful email. “We were hoping for a better resulting New Hampshire, and a lot of volunteers and grassroots supporters fought really hard to make it happen.”

“It hurts to cares much, work so hard, and still fall a little short,” she continued, telling her supporters that it is “okay to take a moment and feel that pain or process that disappointment” before listing a variety of ways to cope with the results.

“Take a walk around the block, eat an extra piece of chocolate, hug your pet, adopt a pet, watch videos of cats and dogs who are friends, call a friend — whatever works,” the email states. “But once you’ve let it all out, take a deep breath, square our shoulders, and make a plan — a plan to fight back and win. A plan to help make sure that we won’t have to feel this way again.”

I can't imagine another candidate sending an email like this. I love her. pic.twitter.com/Unz2EIhivW [2]

The email reads like a parody of a liberal snowflake. Warren is essentially telling her supporters to run and hide in their safe spaces while they grieve her horrible showing in New Hampshire.

President Donald Trump would never send an email to his supporters telling them to “watch videos of cats and dogs who are friends.” We need a strong leader like him to lead our nation through the tough times, not a president who will tell us to hug our pets when things get rough.