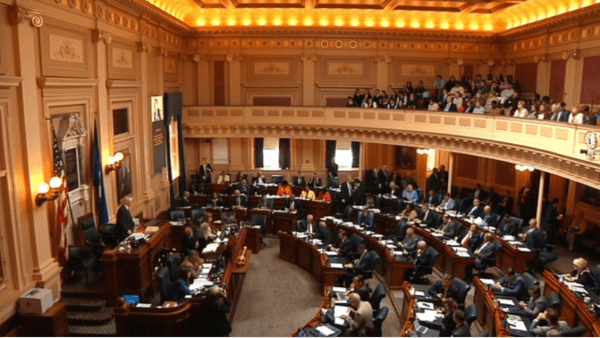 When the Democrats won control of both chambers of the Virginia General Assembly last year they promised to enact a radical unconstitutional ban on what they self-confusingly still label “assault weapons.”

Now, most Democrats in Virginia, like Democrats across the nation, could not tell a gun from a wombat. So they label any rifle they have ever seen on television or in the movies as an “assault weapon.” Not only does the term make no sense, it’s like calling a cheeseburger an “eat burger,” but when you try to explain to a leftist that every rifle could technically be termed an “assault weapon,” they get a look on their face only comparable to the same look you’d get from a dog if you tried to teach it quantum physics.

So Virginia Democrats ignorantly trod on hoping their effete minions and style brigades will remain scared of weapons of any sort and thus automatically back trendy left legislative plans to take guns away from those who know how to properly use them.

The vote in the State House, called the House of Delegates in Virginia, on Tuesday went 51-48 for gun control. So the bill, H.B. 961, goes to the State Senate. But there the Democrats only have a two seat advantage, 21-19. So if they lose two votes the bill fails and the Democrats have to chalk up another national-trending issue as a loss.

Noted Virginia conservative activist Amy Johnston told LifeZette tonight, “We are living under a virtually tyrannical regime in Virginia, a General Assembly that does what it wants regardless of the views of people across the political spectrum. But they could pay for it at the polls in the November presidential election. I haven’t seen Virginia this close to going red since I moved here fifteen years ago.”

If Johnston is right then the Democrats and the left would be only passing a bill that would likely be met with civilian resistance and could drive the state’s thirteen electoral votes into the GOP column.

As fictitious San Francisco law enforcement official Detective Harry Callahan has quipped on another subject, “That’s a hell of a price to pay for being stylish.”