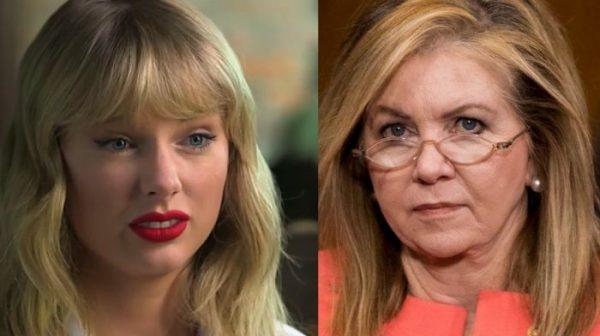 Taylor Swift, an award winning singer who got her start in country music before transitioning to pop, got political once again this past week when she bashed Republican Senator Marsha Blackburn of Tennessee in her new Netflix documentary Miss Americana.

Swift became emotional in the documentary, which debuted on the streaming service on Friday, when she talked about Blackburn’s voting record, according to CNN [1]. In 2018, Swift shocked her fans by speaking out on politics for the first time when she endorsed Blackburn’s opponent Phil Bredesen in the election. At the time, Swift said that the Republican’s voting “appalls and terrifies me.”

I’m writing this post about the upcoming midterm elections on November 6th, in which I’ll be voting in the state of Tennessee. In the past I’ve been reluctant to publicly voice my political opinions, but due to several events in my life and in the world in the past two years, I feel very differently about that now. I always have and always will cast my vote based on which candidate will protect and fight for the human rights I believe we all deserve in this country. I believe in the fight for LGBTQ rights, and that any form of discrimination based on sexual orientation or gender is WRONG. I believe that the systemic racism we still see in this country towards people of color is terrifying, sickening and prevalent. I cannot vote for someone who will not be willing to fight for dignity for ALL Americans, no matter their skin color, gender or who they love. Running for Senate in the state of Tennessee is a woman named Marsha Blackburn. As much as I have in the past and would like to continue voting for women in office, I cannot support Marsha Blackburn. Her voting record in Congress appalls and terrifies me. She voted against equal pay for women. She voted against the Reauthorization of the Violence Against Women Act, which attempts to protect women from domestic violence, stalking, and date rape. She believes businesses have a right to refuse service to gay couples. She also believes they should not have the right to marry. These are not MY Tennessee values. I will be voting for Phil Bredesen for Senate and Jim Cooper for House of Representatives. Please, please educate yourself on the candidates running in your state and vote based on who most closely represents your values. For a lot of us, we may never find a candidate or party with whom we agree 100% on every issue, but we have to vote anyway. So many intelligent, thoughtful, self-possessed people have turned 18 in the past two years and now have the right and privilege to make their vote count. But first you need to register, which is quick and easy to do. October 9th is the LAST DAY to register to vote in the state of TN. Go to vote.org and you can find all the info. Happy Voting! 🗳😃🌈 [3]

Despite Swift’s best efforts, Blackburn ended up winning the election, and the singer can be seen reacting to her victory in the documentary, saying that she “can’t believe it.”

“She gets to be the first female senator in Tennessee, and she’s Trump in a wig,” Swift said. “She represents no female interests. She won by being a female applying to the kind of female males want us to be in a horrendous 1950s world.”

Swift became emotional as she criticized Blackburn’s voting record, explaining that she is against same sex marriage and voted against the reauthorization of the Violence Against Women Act in 2013.

Blackburn responded to Swift with a statement to Variety [5] after learning that she went after her in the documentary.

“Taylor is an exceptionally gifted artist and songwriter, and Nashville is fortunate to be the center of her creative universe,” Blackburn said. “While there are policy issues on which we may always disagree, we do agree on the need to throw the entertainment community’s collective influence behind legislation protecting songwriters, musicians, and artists from censorship, copyright theft, and profiteering.”

For many years, Swift remained politically neutral and refused to speak out about politics, so it came as bad news to her conservative fans when she revealed herself to be a liberal. Last year, she revealed her plans to release political music in the hopes of swaying her fans to the left.

“I definitely think there are political undertones in the new music I made,” Swift said, according to Fox News [7]. “I’m not planning to stop encouraging young people to vote and to try to get them to talk about what’s going on in our country. I think that’s one of the most important things I could do.”

When her efforts to take down Blackburn failed, Swift probably should have taken the hint that her political views are irrelevant to the American people. It’s sad that she has shown herself to be just another ignorant liberal celebrity who does not have a grasp on what real Americans need in lawmakers.