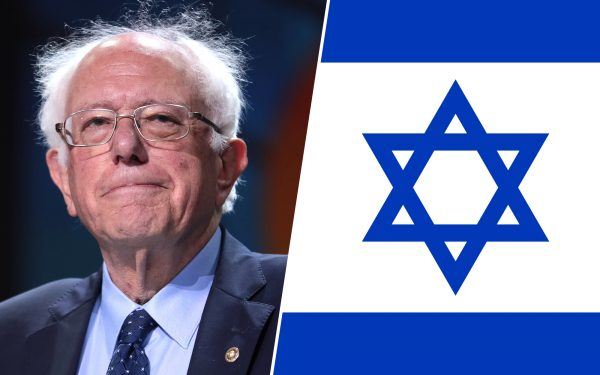 Given his own heritage and the initial establishment of Israel in 1948 as a socialist state, you’d think there would be a decent chance hard-left socialist Senator Bernie Sanders of Vermont would at least talk to AIPAC, the American-Israel Public Affairs Committee.

But Israel has moved on from her socialist experiment and AIPAC supports the thriving free market Trump-loving Jewish state. As a man who has very publicly denounced the free market, the president, and the faith of his ancestors, Sanders is no friend of Israel or its prime minister, Trump ally “Bibi” Netanyahu.

Hence Sanders said Sunday he would not attend the AIPAC conference next month. The senator said, among other nonsensical statements, that AIPAC is a forum for bigotry. The group was quick to respond.

MORE NEWS: Ilhan Omar blasts Meghan McCain, accuses her of being a hypocrite for calling out Sanders’ supporters [1]

“Senator Sanders is insulting his very own colleagues and the millions of Americans who stand with Israel,” an AIPAC statement read. “Truly shameful.”

Sanders also is a fervent supporter of terrorist groups all over the world, including those who target Israel and her citizens. Instead of allying with a democracy, Sanders prefers the deathly embrace of Hamas and Hezbollah.

This brings up the consistent question asked in both GOP and Jewish circles: Will actions like this get American Jewish voters to reconsider their Pavlovian support for the Democrats and vote for the president? Or perhaps just not vote for Sanders, if he is the nominee of the Democrats?

Sadly, it is unlikely.

Recent polls do not show Jewish political support waning for the Democrats and the voting bloc can be expected to vote for Sanders if he takes the Democratic nomination.

As someone of Jewish heritage, I find this perplexing in the extreme and Maimonides is unlikely to be of any help…rimshot… The inherent masochism that would drive a Jewish voter to support a man who would sit idly by, if not cheer, at the destruction of the state of Israel is beyond logical comprehension.

And when, during a Sanders regime, the new “Suppression of Hate Act” outlaws religious adherence as “non-inclusive,” where will those Jewish Americans who support Sanders be then?

Possibly headed to the kind of place the Jewish people, including my family, have tragically been to before. Then, courtesy of other socialists.