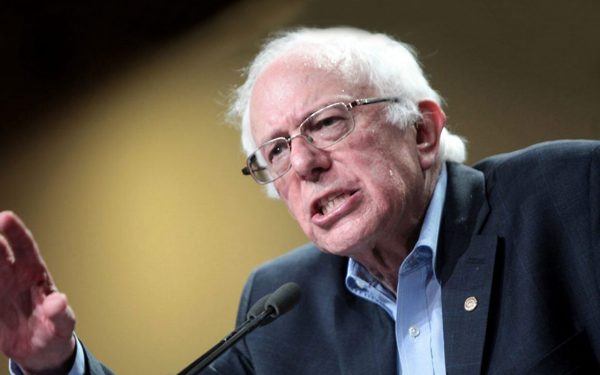 If Bernie Sanders is somehow elected to the U.S. presidency the dreams of generations of socialists and communists will be be fulfilled on the backs of the American people.

These are the main points of his proposals to do just that, as gleaned directly from a fact sheet the Sanders campaign released Monday night.

Sanders says taxes on Wall Street will raise an “estimated $2.4 trillion over ten years” and make all “public colleges, universities and trade schools tuition-free … and cancel all student debt over the next decade.”

What happens when firms who then have no available capital start firing workers? He doesn’t cover that.

Housing for every American would cost a massive $2.5 trillion over a decade, and would be paid by a “wealth tax on the top one-tenth of one percent,” making a total of $4.35 trillion in new taxes on success, according to Sanders’ fact sheet. “Universal childcare and pre-school to every family in America” would be provided by another tax on the “top 0.1 percent,” raising more than $4 trillion on top of the earlier $4 trillion plus shakedown. The taxes would target wealthy individuals’ “net worth,” not just their income. A mugger in the street has more integrity than this plan.

The Sanders proposal would make the IRS “to perform an audit of 30 percent of wealth tax returns for those in the 1 percent bracket and a 100 percent audit rate for all billionaires,” and would include a “40 percent exit tax on the net value of all assets under $1 billion and 60 percent over $1 billion for all wealthy individual seeking to expatriate to avoid the tax.”

Extortion pure and simple. Does he think the ultra-successful will just sit back and take it? Or will they take their money, their firms, and the jobs those firms provide and leave the U.S. for less coercive economic climes? Guess which one.

Sanders claims to be able to raise “$3.085 trillion by making the fossil fuel industry pay for their pollution, through litigation, fees, and taxes, and eliminating federal fossil fuel subsidies.” Economic prosperity by rabid federal litigation against the private sector. Will that have any effect on the economy? Oh, nah…

MORE NEWS: Ilhan Omar blasts Meghan McCain, accuses her of being a hypocrite for calling out Sanders’ supporters [2]

Finally and, of course, he will reduce defense spending by “$1.215 trillion” by “scaling back military operations…”

Bernie Sanders, who has always hated this nation, wants to leave it poor and weak. He figures a people that badly off would be easier to rule. But guess what you Bolshie sock puppet? You gotta get into the Oval Office first…