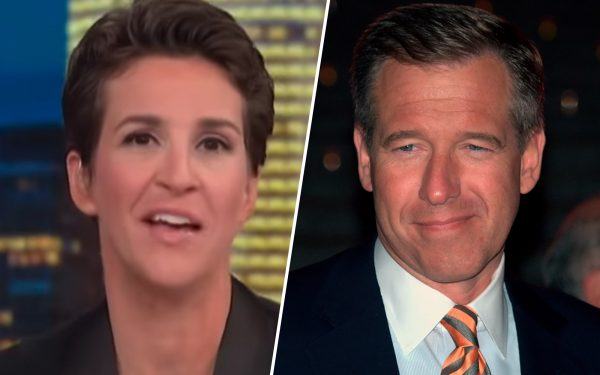 The Democrats look like the communist version of the Keystone Cops. All of these big government buffoons bumping into one another, unable to get anything done, bungling whatever they touch and trying to smile through the pain.

It’s hilarious to watch the meltdown in real-time.

Last night’s Iowa Caucus was a total disaster and by the end of a very long and very chaotic night, there was no winner announced.

Although New York Times tracking app shows that Bernie won and the Democrat “frontrunner” came in the 5th place.

Turn out was low, new voter turn out was abysmal and the real winner of last night’s Dem Caucus was President Trump, who smashed Obama’s record for votes for an incumbent.

Things were so bad as a matter of fact, that MSNBC hosts were busted on a “hot mic” mocking the Democrats and calling them am “effing disaster.”

Sounds like Brian Williams and Maddow speaking, but I am not able to 100% confirm that.

NBC hot mic captures "OMG, what a disaster" as they talk about canditates pic.twitter.com/IWfZsIOHPc [2]

The Dems are being walled in the political face with the #TrumpCurse right now.

The impeachment sham has worked out terribly. A new Gallup poll has Trump’s approval at an all-time high of 49%.

And now this mess, which President Trump called an “unmitigated disaster.”

The Democrat Caucus is an unmitigated disaster. Nothing works, just like they ran the Country. Remember the 5 Billion Dollar Obamacare Website, that should have cost 2% of that. The only person that can claim a very big victory in Iowa last night is “Trump”.

No truer words have ever been spoken.

Thank goodness those inept kooks don’t have any more power.

This piece originally appeared on WayneDupree.com [5] and is used by permission.