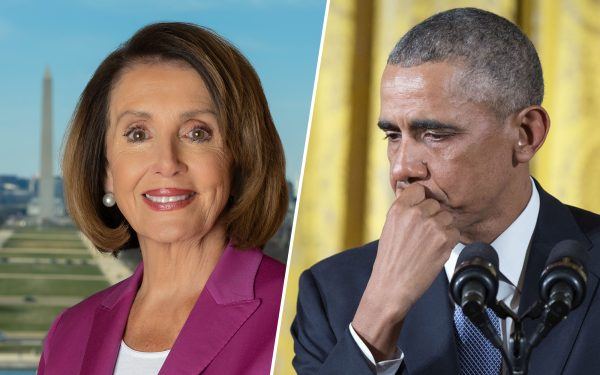 Many Democrat politicians refuse to enforce current gun laws while simultaneously pushing for new gun laws that punish law-abiding gun owners rather than criminals. Not surprised, but this diabolical dichotomy doesn’t end with gun laws. Cities in the Northwest, including Seattle, continue to punish law-abiding crime victims rather than those committing crimes against them. And the trend of leftist governments punishing the law-abiding over the law breaking is escalating.

Would you make it harder for Matt to own a car, prohibit him from owning certain kinds of cars (like a Ford Mustang or a Dodge Viper: you know, “assault vehicles”), or confiscate Matt’s Mustang because Fred committed a crime with his Viper? Gun or car, there’s really no difference, is there?

Yet, if the left were consistent, they would call for laws that would punish Matt, who is a safe driver and obeys the traffic laws, whenever Fred breaks the law with his car. Law-abiding safe driver Matt has nothing to do with law breaking Fred who commits a crime with his car. Still, leftists would punish Matt the gun owner because Fred committed a crime with a gun. Makes no sense.

But the leftist phenomenon of punishing the victim is expanding beyond guns. In Seattle, government refuses to prosecute certain crimes such as driving with a suspended license 3rd Degree [2] (if you’re a poor minority), property destruction by graffiti, stealing shopping carts [3], etc.

For example, also in Seattle, the government imposes fines [4] on graffiti victims who do not clean up the property damage the criminals caused. At the same time, the city prosecutor rarely punishes graffiti vandals.

During my career, I can’t recall going to court even once for graffiti. However, in 2019, the city threatened to fine Cancer Pathways [5], a cancer education and support organization, $100 for each day they failed to remove the graffiti a vandal sprayed on their property. The fines against the victims the city enforces; the crimes committed by the vandals the city doesn’t enforce.

In Wilmington, N.C., they’ve gone a step further. The Port City Daily reported [6], “The City of Wilmington enforces code regulations to keep the downtown – and the rest of the city – up to a certain aesthetic standard. But that enforcement means punishing the victims of the crime of graffiti. That’s the case even when the victims have paid an additional tax to protect them from such vandalism.” [emphasis mine]

Now, these same city officials who punish victims, such as in Lakewood, WA., are moving on toward their illogical, but for them inevitable, handling of other crimes. They’ve decided how they will address people who steal shopping carts from grocery stores.

Arrest the thieves and prosecute them, right? Nope. That would make too much sense. No, instead, they plan on fining grocery stores [7] that fail to collect their stolen shopping carts from wherever the thief has abandoned it. How perverted is that? Now, grocery stores who pay taxes for government services, can be fined if someone damages or steals their property. Boggles the mind of clear thinking people.

But we have to consider the leftist’s focus. Most of these grocery stores belong to “rich” corporations: Safeway, Albertsons, QFC, etc. Leftists seem to believe these corporations have repositories of cash just waiting for someone to shovel money into wheelbarrows to pay the fines associated with being a crime victim. The thieves, on the other hand, are just the poor victims of society. They’re not responsible for their bad behavior—you are!

It seems the social justices’ idea is to punish not those who commit crimes but those who can afford to pay the fines. Punishment Redistribution: remember, you heard it here, first. This policy is unscrupulous on steroids. There’s no way someone who supports this strategy doesn’t understand what they are doing is unethical.

It’s bad enough the left has an affinity for protecting criminals, but now they’re going even further. They’re expanding an official policy of punishing crime victims.