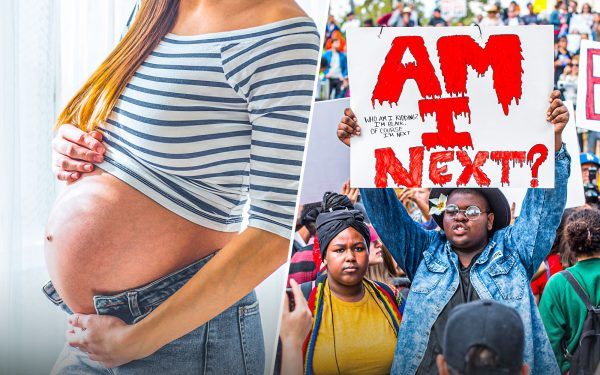 “Quit complaining.”
“Get Over It.”

These phrases conjure up stereotypes of a certain unsympathetic militancy. Our instinct might be to respond with an eye roll or the protest, “You don’t understand.”

I am thirty-seven years old, and most of these sorts of sentiments are supposed to be offensive to my generation.

However, it seems in our noncommittal, excuse-making culture that we likely do not hear these statements often enough.

Our inner pendulum tends to swing so far toward the sensitivity end of the spectrum that we are unable to be called out, changed, or told to just get it done.

In short, we’ve lost the virtue of fortitude.

The pro-life movement is unique in that it demands a sense of relentless urgency. Every thirty seconds a baby is lost to abortion.

But legalized abortion has also been going on for five decades and seems, to some, to be here to stay.

That can tempt us to feel paralyzed, but we do not have that luxury. We need fortitude. We must stop walking on eggshells, worried about offending someone.

Whether we have small kids, no kids, grown kids, kids who love us, kids who despise us, jobs we like, or bosses we want to shove off a cliff, we must commit to defend life on some level- and see to it that we live out that commitment. Much is at stake!

There are not lines of people out the door to go pray at an abortion facility, participate in a march, or volunteer at a local pregnancy center.

Unlike more popular issues, such as feeding the poor and supporting cancer research or the Special Olympics, working for the pro-life movement is polarizing.

Abortion is different, which means when you commit to doing something to fight it, then you are different. Being different requires fortitude and an ability to overcome the many excuses that insert themselves into our heads.

Abortion is a defining moral issue and after 47 years of innocent lives being taken, families being threatened.

RELATED: Mother: ‘Planned Parenthood Has Nothing To Do With Parenting’ [2]

There is no time like the present for us to say enough is enough.

Let’s start by committing to do something for the unborn, then let’s follow through with it. With the many other things that are asked of us, we often don’t say no enough. But we must say yes to this.

Perhaps for you that starts by joining March for Life or being part of a 40 Days for Life campaign where we pray outside of abortion clinics.

Whatever it is, it is time for us to take a stand. Our future, our children, our families depend on our giving a meaningful and determined yes to defend those who have no voice but ours.