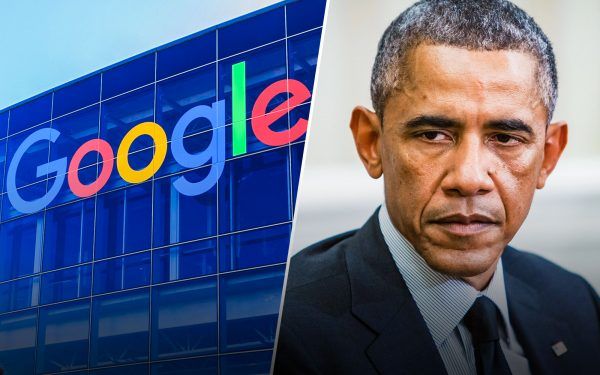 In America, there is a presumption of innocence until guilt is proven by a preponderance of evidence in a court of law. This legal protection has been a keystone of America’s success as a beacon of hope for oppressed people across the globe. Under the Obama Administration, however, this fundamental precept was abandoned in favor of using statistical analysis as the basis for initiating expensive and protracted lawsuits.

An agency within the Department of Labor (DOL) called the Office of Federal Contract Compliance Programs [1] (OFCCP) undertook these despotic acts under the guise of promoting affirmative action in federal contracting. During the Obama Administration, the OFCCP utilized a despicable approach to accomplish this aim. First, the agency would demand hiring and promotion data from government contractors to create statistical analysis aimed to expose discrimination. Then the OFCCP would exploit that statistical analysis to sue the company for bias with no actual proof of wrongdoing.

These actions to unfairly attack businesses under the guise of promoting diversity were a key tool for the DOL under the liberal Obama Administration. With new leadership in place after the election of President Trump, the expectation was that Secretary of Labor Eugene Scalia (son of the late Supreme Court Justice) would put a stop to these unlawful prosecutions. Unfortunately, the lawsuits are still proceeding.

After the 2016 elections, one of Obama’s final acts as president was to launch investigations into tech company Palantir Technologies [3] alleging discrimination against Asian applicants. The case would be used to set a precedent. The DOL would provide no emails or evidentiary proof of intent to discriminate. Statistical analysis was the government’s sole basis for claiming wrongdoing.

Recognizing that battling the government lowers productivity and profitability, and is a public relations nightmare, Palantir paid a $1.7 million settlement with no admission of fault.

With the Palantir settlement as precedent, the OFCCP moved on to the biggest fish in the pond: Google. The OFCCP alleged Google was biased against women based upon a statistical analysis of their compensation when compared to male employees. If traditional evidence were required to prove bias, the lawsuit and attendant waste of government resources would never have been initiated since Google has proof [5] that they pay their female employees 99.7 cents to each dollar they pay men. Google even provides access to their gender pay comparison methodology for use by other companies.

The next company to undergo scrutiny [6] was Oracle. Just two days before the end of Obama’s tenure as president, the government concocted statistics indicated Oracle discriminated against women and minorities. According to DOL’s $400 million lawsuit, Oracle directed minorities into low-paying vocational pathways and used prior income levels to set compensation.

Oracle General Counsel and Executive Vice President Dorian Daley fired back, “This meritless lawsuit is based on false allegations and a seriously flawed process within the OFCCP that relies on cherry-picked statistics rather than reality.” Apparently, Daley expected evidence of wrongdoing to accompany a demand for $400 million. But the OFCCP isn’t playing by the rules – or following the Constitution.

The Trump administration has an opportunity to restore order and require actual evidence of discrimination to be required before a lawsuit is initiated by a government entity. Secretary Scalia should make an audit of the OFCCP’s practices a top priority. It would shine a bright light on just how many companies were subjected to lawsuits based solely upon statistical analysis and serve as a starting point for reforming the agency. After the audit, any unreasonable lawsuits that remain in the court system should be dropped.

Statistical analysis simply cannot accurately encompass the myriad factors involved in hiring decisions. Continued use of the OFCCP’s unfair system to determine the intent of companies hiring and promotions activities assumes guilt before any real proof is shown, which is antithetical to the American justice system.

Stacy Washington is a decorated Air Force Veteran, an Emmy nominated TV personality, and the host of the podcast “Stacy on the Right.”

WATCH: Stacy on the Right with Stacy Washington [8]