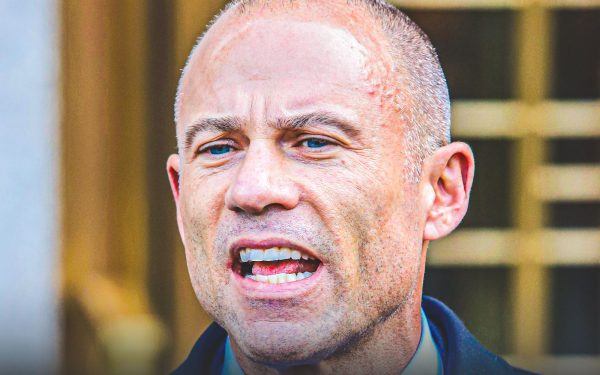 Avenatti’s arrest occurred at the same time as the latest Democratic presidential debate was taking place, which is ironic given the fact that he once touted himself as being the Democrat who was destined to beat Trump in the 2020 election. While his fellow 2020 Democrats were going toe to toe on the debate stage tonight, however, Avenatti was handcuffed on his way to spend the night in jail.

Avenatti was taken into custody [3] by federal agents outside the State Bar Court in Los Angeles tonight as he was attending a disciplinary hearing in which he was accused of altering a document to swindle a client out of almost $840,000. He was arrested for violating conditions of his release on charges in New York, where he is about to stand trial next week for allegedly extorting Nike out of up to $25 million, according to USA Today [4].

New York prosecutors notified U.S. District Judge Paul G. Gardephe earlier in the evening that they had been told that prosecutors in Los Angeles were preparing to arrest Avenatti.

“We understand that has now occurred,” the New York prosecutors said in a one-page letter to the judge. “We are still gathering information and will provide an update to the Court as soon as we can.”

Even if Avenatti is able to beat his charges in New York, he will still need to face trial in Los Angeles in May for defrauding clients there out of millions of dollars. He has plead not guilty to all of the charges that he is facing in both New York and Los Angeles.

As he was led out of the federal courthouse tonight in custody, Avenatti simply told reporters that he was “completely innocent.”

When news of Avenatti’s arrest broke, the president’s son Donald Trump Jr. could not resist getting on Twitter to gloat at the disgraced lawyer’s expense.

“Again??? He would have been more entertaining on tonight’s #demdebate than these jokers,” Trump Jr. wrote. “What happened?”

Again??? He would have been more entertaining on tonight’s #demdebate [6] than these jokers. What happened?

Trump Jr. has reason to be gleeful about Avenatti’s demise given the fact that it wasn’t so long ago that the lawyer was selling himself to Democrats as their answer to beat the current president in 2020.

Unless Avenatti plans to launch a presidential campaign from a prison cell, it doesn’t seem like Trump will have much to worry about from his end this year.