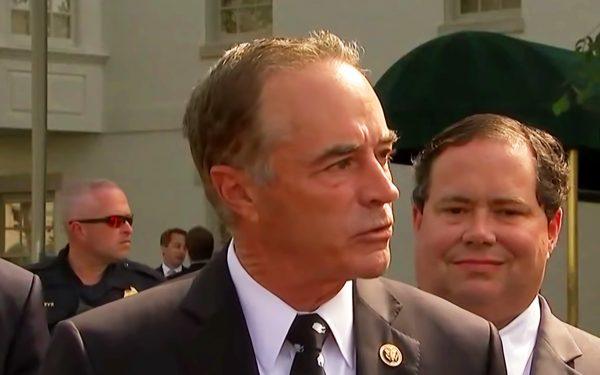 If you work at a grocery store deli and you hear from a supplier that pastrami is going to be on sale next week and you tell your son to wait until next week to buy the lunch meat for that party he is throwing, should you be guilty of violating the law?

According to the ridiculous federal insider trading law, yes.

But common sense did not help former GOP New York congressman Chris Collins, 69, on Friday, as he was sentenced to 26 months in federal prison for telling his son Cameron that a drug being produced by a firm he was on the board of, Innate, had failed clinical trial. That info provided his son the chance to sell stocks in Innate before the news got out and the stock went down. This allowed his son to avoid $800,000 in losses.

Rep. Collins’ mistake? He tried to hide the dissemination of the info to his son by coming up with a lame story about a temporary trading halt. Granted, dumb move.

Did the stock market recoil? Did Wall Street crumble? No. What happened was that a father tried to protect his son from taking a nasty financial hit. Would you like to do the same if you knew your kid was about to take that dive?

This is an example of the sniveling creed of equal result that permeates our culture. Just because Rep. Collins had the info from his corporate board perch he shouldn’t have shared it with his son, the pernicious idea goes.

Greater work and greater success should produce greater perks. Do we not regularly help our friends and family in all areas of life? Doesn’t some of that aid benefit their careers? No? Maybe we should ask Jared and Ivanka about that.

The Left has manned the barricades in the war against success for generations. They see economics as a closed game, a finite pie. Thus as one person wins another must inevitably lose according to their nostrums.

What they don’t get is that a rising tide lifts all boats in an economic sea that is constantly expanding due to individual initiative and the wise allocation of capital. Yes, people profit by that. As they should.

Thus it makes no sense to punish a man who was using the legitimate fruits of those labors to just protect his child.