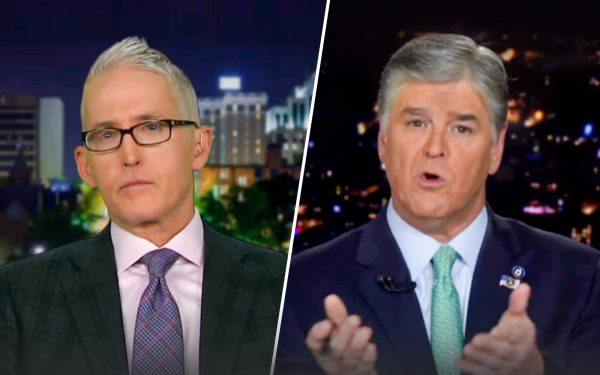 Republican Congressman Trey Gowdy said Thursday that Democrats are not using impeachment to try to get rid of President Donald Trump, they instead want to kneecap his second term by regaining control of the Senate so he can’t get anything done.

“The process, the three month long inquiry investigation was laughable. But they voted. That’s the House’s prerogative. They voted, not a single Republican went along with them. In fact, they didn’t even keep all the Democrats. But the House exercised its prerogative and they impeached the president.”

“There is no mathematical way he is ever going to be convicted and they know that,” Gowdy added [1].

“So their goal cannot be to remove Donald Trump from office, it is to neuter his second term. I think he is going to win in November. It’s to neuter that second term by targeting the Cory Gardners and the Martha McSallys and the Thom Tillises and the Susan Collins and Joni Ernst because if Trump wins and doesn’t have the Senate then he is not going to get any judicial vacancies filled and he’s not going to replace a Supreme Court Justice if he or she retires.”

Hannity asked his guest, “Let me ask you this question and it’s a legal one constitutionally. Constitutionally it’s the sole role of the House of Representatives to impeach. Is it the sole role of the Senate to put the trial on. We have a role for the the Chief Justice of the Supreme Court, he pro-sides. Now the House managers will present their case. Now, they are trying to have a redo and get the Senate to do the job that they couldn’t do in the House.”

“What is your reaction?” Hannity asked Gowdy. “What would you tell Republican Senators tonight?”

Gowdy responded, “It’s Adam Schiff’s job, if he thinks the testimony of John Bolton is so indispensable then he should have subpoenaed him and the same with Mick Mulvaney and Mike Pompeo and Rudy Giuliani. The Senate’s is to deliberate, it is not to investigate and then deliberate, because if that were true we wouldn’t need the House.”

“Schiff was in such a hurry, keep in mind, all your viewers have to go to court if they have a disagreement with a fellow citizen,” Gowdy went on. “House Republicans had to go to court to get documents in fast and furious. We had to go fight Adam Schiff in court to find out who funded the dossier. So we all know how to get to the court house. Schiff didn’t want to go to court. He wants the Senate to call the very witnesses that he didn’t have the courage to call himself. And that’s not their job.”

“The good news is the senators that I talked to on a regular basis under the leadership of Mitch McConnell are not falling for Nancy Pelosi’s trick,” Gowdy concluded. “She can send them and they’ll do what they want. But they are not moved by this three-week pause that she has engaged in.”

This piece originally appeared on ThePoliticalInsider.com [6] and is used by permission.