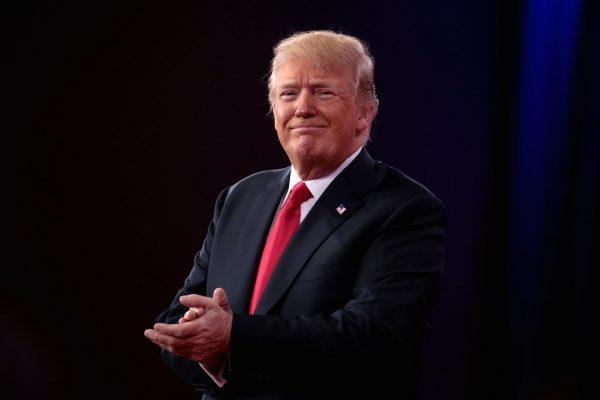 A new Gallup poll [1] indicates that satisfaction with race relations and the position of minorities in America have significantly increased since President Trump took office.

The findings deliver a significant blow to the media-driven fiction that Trump is a racist.

Gallup’s survey demonstrates numerous categories in which the President has improved the lives of Americans since relieving Barack Obama of his duties in January of 2017.

The polling indicates double-digit improvements in how Americans view the nation’s economy, security from terrorism, military strength and … the state of race relations.

Gallup also reports increases in “the position of blacks and other racial minorities, the distribution of income and wealth, and the opportunity for a person to get ahead through hard work.”

The position of blacks and other racial minorities in the nation rose 9 percent since Obama’s last day in office, while the state of race relations in America shot up 14 percent.

Goodness. Not only is Trump improving the lives of minorities, but he’s also improving income situations for Americans from top to bottom.

Obama Would Be Envious

The polling firm’s findings mesh with something CBS reporter Major Garrett said last month – that even Barack Obama would be envious of President Trump’s record with minorities.

“It can be fairly said that this administration, because of President Trump’s quiet prodding, has done quite a bit for funding of Historically Black Colleges and Universities, the First Step Act, which was a massive first step toward criminal justice reform,” Garrett claimed.

The reporter also noted many reforms the President accomplished which criminal justice advocates had been seeking for quite some time.

“That is a legacy on the agenda side that almost any president after three years would want to claim, particularly President Obama,” Garrett insisted.

Major Garrett may lose his main stream media credentials if he keeps praising Pres Trump like this:

CBS News' Major Garrett: Trump's Agenda of Helping Minority Communities Is a 'Policy Legacy' any President would be PROUD to claim! pic.twitter.com/F0JJ5McQS3 [6]

President Trump making significant inroads with minorities and the black community could spell trouble for any Democrat challengers in 2020.

Conservative talk host Rush Limbaugh has touted several polls [9] that indicate the President’s approval with minorities is on the rise.

Now we’ve got a pretty good one from Gallup.

“The Democrats have let you down,” Trump has said to black voters. “They’ve dismissed you. They’ve hurt you. They’ve sabotaged you for far too long.”

This piece originally appeared on ThePoliticalInsider.com [10] and is used by permission.