A widely disseminated letter leaked by the Department of Defense suggested US troops were pulling out of Iraq, top official says it's false

Numerous media outlets, including this one, published a report earlier today that U.S. forces were being pulled out of Iraq.

The report was false.

It was the result of a released draft of a letter (pictured below) written by a U.S. Marine general stationed in Iraq. The letter should not have been made public. One doubts the general personally sent it out. Ergo, some captain in the Public Information section is about to understand the career meaning of pain.

Chairman of the Joint Chiefs of Staff U.S. Army General Mark Milley has told the press that the U.S. is “moving forces around” Iraq and Kuwait. He said the letter was a “poorly written” mistake. 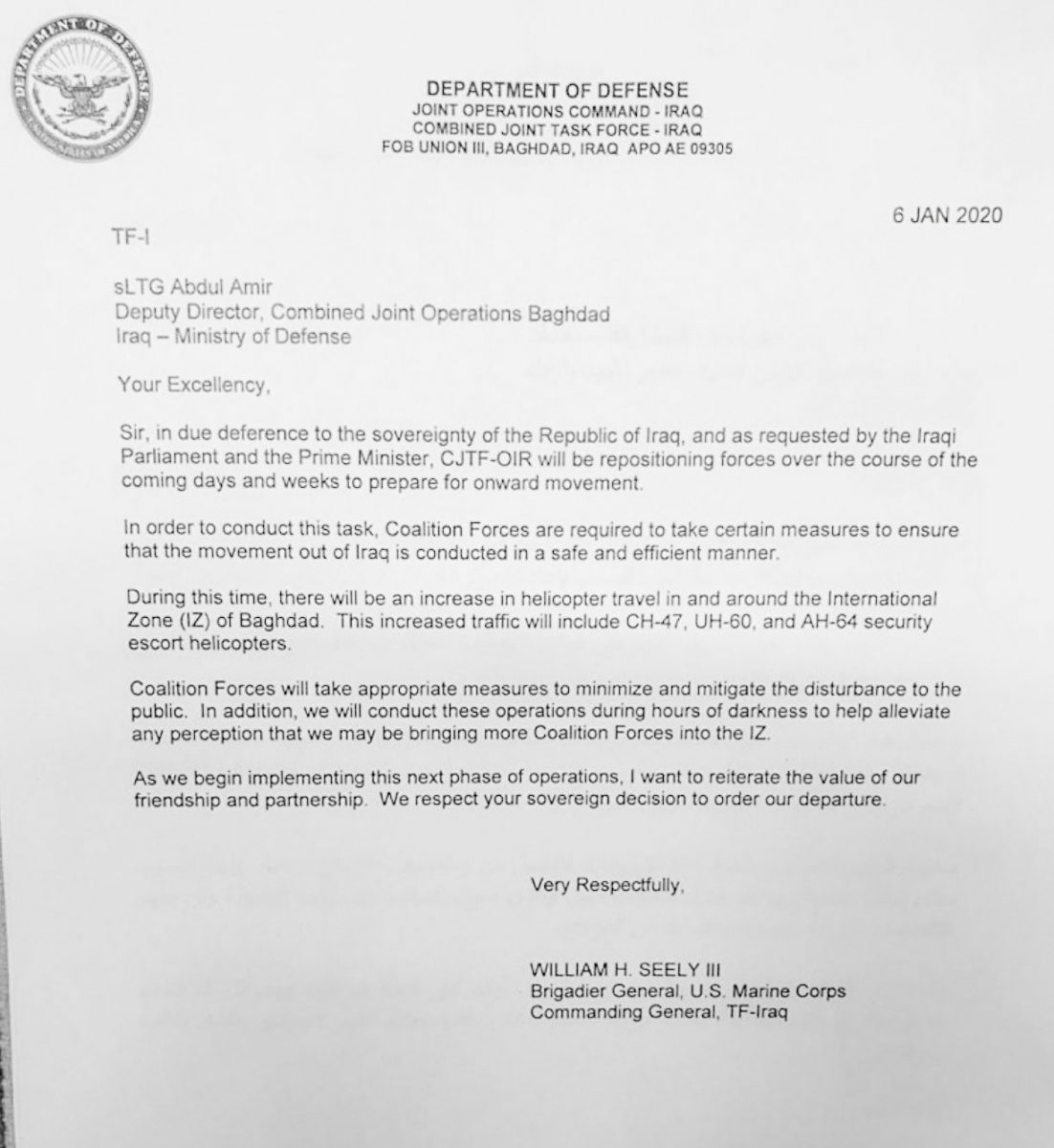 Defense Secretary Mark Esper echoed Milley’s remarks, “There’s been no decision whatsoever to leave Iraq. There’s no decision to leave, nor did we issue any plans to leave or prepare to leave. The long and the short of it is, it’s an honest mistake.”

The Drudge Report, Daily Caller, the Blaze, the Federalist, and other press organizations bit on the story, as it seemed the right move for the U.S. at the right time.

And while the letter announcing the pull out was completely real and authentic, it was a draft for a possible future scenario and thus not a current plan of the Trump administration.

The fog of war can lead to many mistakes on the field of battle and off of it. As military conflict these days takes place on all fronts including media, this sort of happening is inevitable in modern warfare.

Incidents such as this also take place in an aggressive media environment. We at LifeZette will continue to bring you the latest news as soon as it comes to us. We are proud of our pursuit of being the “firstest with the mostest”, to quote a cavalry general, in the business of keeping you abreast of events.